WICHITA, Kan. (AP) — A Kansas woman who pleaded guilty to being drunk when she caused a crash that killed her 5-year-old daughter has been sentenced to three years’ probation. 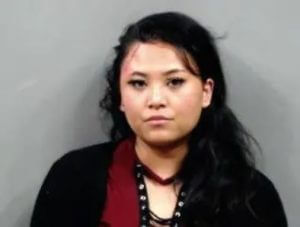 Nory Lam was sentenced last week after pleading guilty in January to involuntary manslaughter while driving under the influence, television station KSNW reported.

Police investigators said Lam was behind the wheel of her sport utility vehicle around 3 a.m. on March 7, 2021, when she went off the road and crashed. Arriving deputies found her holding 5-year-old daughter Aleah Reyes in her lap in the backseat. The girl died at the scene.

Investigators said Lam told a deputy she had consumed several shots of tequila at a party before the crash. Lam’s blood alcohol content later tested at .098, which is above the legal driving limit of .08.

Prosecutors agreed to recommend probation in exchange for Lam’s plea, noting she had accepted responsibility, undergone therapy and treatment and had already suffered a great consequence because of her crime.