DAVENPORT, Iowa (AP) — A Davenport woman was sentenced to 10 years in prison Friday in a fatal shooting at a Chuck E. Cheese restaurant that was sparked by an argument over a card game. 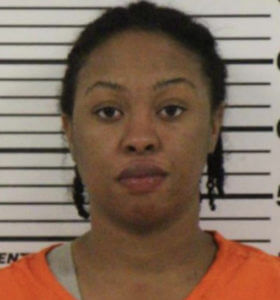 Witnesses told police that Chairs and others argued over a card game. After that argument ended, Chairs, Pollion and a witness got into another argument, and Pollion and Chairs exchanged punches.

Pollion had a gun and fired one shot, hitting Chairs, prosecutors said.

“I don’t know if I’ve ever seen a more senseless crime than this one,” Scott County Judge John Telleen said during the sentencing hearing.

Chairs’ mother, Angela Chairs, said during the hearing that Chairs’ children’s lives have dramatically changed since their mother died.

“In that moment when you shot her, you stopped everything … I just can’t believe this nightmare,” Angela Chairs said. “I just don’t understand how you can just walk up and shoot somebody.”