KANSAS CITY, Mo. (KSHB) — A woman was sentenced to 31 years in prison Monday for her role in the murder of 3-year-old Olivia Jansen last summer.

Among the charges included second-degree murder, one count of child abuse and two counts of interference with a law. 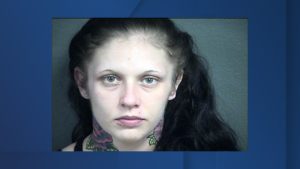 Jansen was found dead in a wooded area last July, the same day that an Amber Alert was issued after family reported her missing.

Her father, Howard Jansen III, is also charged in the death of his daughter. Jansen, 29, pleaded not guilty to the charges in January.

Weeks after her death, a report filed by the Kansas Department for Children found Jansen died as a result of child abuse.

Those injuries were ruled the cause of her death.

This story was originally published Dec. 20, 2021, by KSHB in Kansas City, an E.W. Scripps Company.