Just before 7:30 p.m. on. Saturday, June 11, Glendale police officers were called to the area of 61st Avenue and Bell Road for reports of a crash with an injured person. 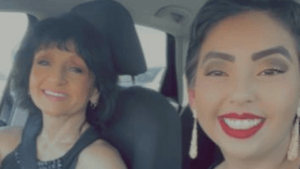 When officers arrived, they located the vehicle that appeared to have been involved in a low-impact crash.

Officers also located a woman driver who was unresponsive. She was pronounced dead and was later found to have been shot. She was identified as 60-year-old Pamela Rae Martinez of Glendale.

Through the course of the investigation, detectives learned Martinez was working as a food delivery driver, had just dropped off her last delivery, and took a photograph of a man sitting in his van alongside her vehicle.

That man was later identified by police as 62-year-old Rusty French.

On June 15, French was taken in by police for questioning and a search warrant was issued to search his home.

When French was confronted with the photograph taken of him moments before Martinez was shot and killed, he admitted that it was him in the photo and said he must have blacked out what happened, according to the Glendale Police Department.

Handguns were located inside French’s home, one of which was a ballistic match for the handgun used in the shooting, police said.

Other evidence was collected which led authorities to arrest French. He was booked into jail and is facing charges of second-degree murder.

Authorities say French and Martinez did not know each other and she was not delivering food to him at the time.

This story was originally published June 24 by KNXV in Phoenix, an E.W. Scripps Company.