TULSA, Okla. — A 17-year-old is facing multiple charges in connection to a deadly rollover crash that killed an Oklahoma teen and injured others.

On June 12, Oklahoma Highway Patrol responded to calls of a crash around 10 a.m. in Tulsa. When they arrived, they found a Mitsubishi Montero, carrying two girls and a boy, had rolled over. 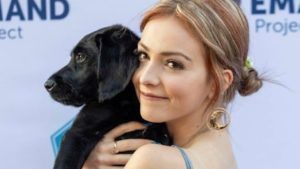 One of the girls died on the way to the hospital while the others were treated for their injuries. The girl who died was later identified as 17-year-old Hannah Weis.

Court documents state the crash happened when the driver of the SUV, now known as Harley Wilson, departed off the road and became airborne before overturning on impact in a drainage ditch.

Wilson told investigators she was driving Weis and the third passenger, Caden Parks, to a house in order to get Parks’s truck. She stated she was unfamiliar with where she was, then missed her turn and suddenly her car “just flipped.”

Investigators concluded Wilson was driving the car faster than the posted speed limit.

Wilson later claimed she had not drunk any alcohol “in four days” to investigators, however, court documents reveal she tested positive for traces of both cocaine and alcohol in her system. Hospital staff also confirm Wilson “appeared intoxicated” and smelled like alcohol on arrival.

When investigators spoke to Parks, he told them all three teens had consumed alcohol the night before and the morning of the crash.

This story was originally published Sept. 8, 2022, by KJRH in Oklahoma, an E.W. Scripps Company.