PALM BEACH COUNTY, Fla. (WPTV) — A Florida man is under arrest after authorities said he was speeding at 151 miles per hour and rear-ended a vehicle, killing all six people inside.

Noah Galle, 18, was arrested Wednesday on six counts of vehicular homicide for the Jan. 22 wreck.

According to the Palm Beach County Sheriff’s Office, Galle was driving a 2019 BMW M5 “at a high rate of speed” around 11 p.m. on U.S. Highway 441 in Palm Beach. He rear-ended a 2018 Nissan Rogue that had six people inside.

The impact caused the Rogue to head into a grass and dirt median where it flipped and rolled over before landing upside-down in the median. 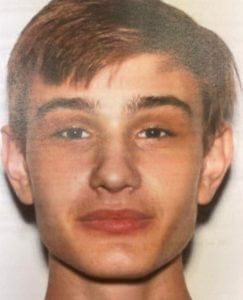 PBSO said five people inside the Nissan Rogue were pronounced dead at the scene, while a sixth was taken to Delray Medical Center and passed away.

Authorities said the victims were all local farmworkers who had just left work before they were hit. There were “no marks of any braking” on Galle’s part, the sheriff’s office said.

The sheriff’s office said Wednesday that toxicology tests did not show any drugs or alcohol in Galle’s system at the time of the wreck.

This story was originally published April 6, 2022 by WPTV in West Palm Beach, an E.W. Scripps Company.