BURLINGTON, Ky. (WCPO) — A 16-year-old girl is dead after she was shot in the head early Tuesday morning, according to the Boone County Sheriff’s Office. 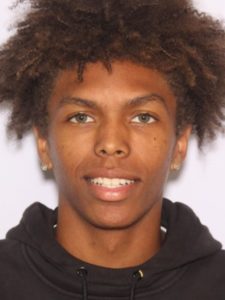 18-year-old Demarkus Hedges is accused of killing 16-year-old Scarlett Tucker because she wouldn’t pick marijuana up that had dropped to the floor. (Boone County Sheriff’s Office)

The 18-year-old man who allegedly killed her, Demarkus Hedges, turned himself in to the U.S. Marshals Service in Covington Tuesday afternoon, according to the sheriff’s office. Police said he’d fled from the shooting scene and was considered wanted, armed and dangerous.

A press release from the sheriff’s office said police were dispatched to a home in Burlington, Ky. at around 2:18 a.m. for reports that a person had been shot. When they arrived, they found 16-year-old Scarlett Tucker dead in a bedroom with a gunshot wound in her head, police said.

“She really embodied the whole ‘Scarlett’ persona,” said Rebekah Williams, Tucker’s aunt. “I think we’re all kind of in a state of shock at this point. I think we hurt for everybody involved, I mean, he was 18, still a young kid in our eyes you know, we don’t necessarily have all of the details of the situation.”

Her family said on Dec. 23, Tucker lost her grandmother.

“Her grandmother was very special to her, and was her biggest cheerleader, felt pretty lost after that loss, but still maintained the strength for her mom,” said Williams.

At only 16 years old, Williams said her niece already knew what she wanted to do for a living.

“She loved all things beauty, she wanted to follow my footsteps and become a cosmetologist one day,” added Williams. 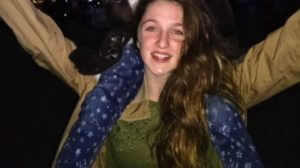 Williams also said her niece loved to sing and tried out for the television show “America’s Got Talent.” Recently, she got into roller-skating.

“Every weekend you’d find her at the roller rink on the floor going the whole time and just running laps around people,” said Williams.

It’s those moments that are now just memories for the family. Williams said members of law enforcement came to their door early Tuesday morning to tell them she died.

Also at the scene were two 18-year-olds and a 17-year-old who told police they witnessed the shooting. They told police they, along with Tucker and Hedges, arrived at the home around 1:30 a.m. The witnesses told police a bag of marijuana fell onto the bedroom floor and Hedges demanded Tucker pick it up.

Police said witnesses reported that, when Tucker refused and “rebuffed” Hedges, he pointed a gun at her head and fired a single shot.

“Due to the actions that we’re still trying to piece together, the exact why, we certainly know what led up to it,” said Major Phil Ridgell, Boone County Sheriff’s Office.

The home belonged to the family of one of the 18-year-old witnesses; police said there were others in the home when the shooting happened, but they were sleeping in separate rooms and did not see what happened.

A warrant was signed charging Hedges of one count of murder, one count of tampering with evidence and two counts of unlawful transaction with a minor.

Hedges will be held at the Boone County Detention Center on a $1 million bond.

This story was originally published Jan. 3, 2022 by WCPO in Cincinnati, an E.W. Scripps Company.