JACKSON, Mich. (AP) — Jurors in the trial of three men charged in connection with a 2020 anti-government plot to kidnap Michigan Gov. Gretchen Whitmer were told Wednesday about the formation and actions of a paramilitary group the government says trained as part of the scheme.

Assistant Attorney General Bill Rollstin presented the Wolverine Watchmen as a gang and said in his opening statements in Jackson County Circuit Court that its purpose “was to target law enforcement for violent action.” 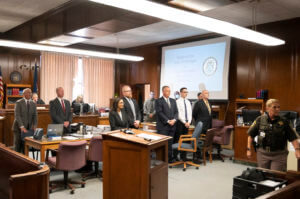 The prosecution and defense wait for the jury to enter in the courtroom of Jackson County Circuit Court Judge Thomas Wilson on Wednesday, Oct. 5, 2022 in Jackson, Mich. Paul Bellar, Joseph Morrison and Pete Musico are charged in connection with a 2020 anti-government plot to kidnap Michigan Gov. Gretchen Whitmer. (J. Scott Park/Jackson Citizen Patriot via AP, Pool)

Joe Morrison, Pete Musico and Paul Bellar are not charged with directly participating in the kidnapping scheme. Instead, they are accused of assisting others who did. Each man is charged with three crimes, including providing material support for a terrorist act, which carries a maximum prison sentence of 20 years.

The three were members of the Wolverine Watchmen, a group that trained in Jackson County, about 80 miles (130 kilometers) west of Detroit.

“Everybody in the Wolverine Watchmen shared a very common ideology in that they hated our government, they wanted to kill law enforcement police officers, and that the gang gave them motive, means and opportunity to train Adam Fox knowing he was going to commit an act of terrorism,” Rollstin said.

A jury convicted Fox and Barry Croft in August of two federal counts of conspiracy related to the kidnapping scheme and attempting to use a weapon of mass destruction. They face up to life in prison when they’re sentenced Dec. 28.

But attorneys for Musico, Morrison and Bellar said their clients did not provide materials or other support to those who plotted to kidnap Whitmer, and that they were only concerned about how the government was operating.

“This is a collection of guys who sat there and said ‘I’m tired. I’m frustrated,’” said Leonard Ballard, Morrison’s attorney.

Andrew Kirkpatrick, Bellar’s attorney, said in his opening statement that “the terrorists in this case are Adam Fox and Barry Croft.”

The FBI foiled the plot in October 2020. 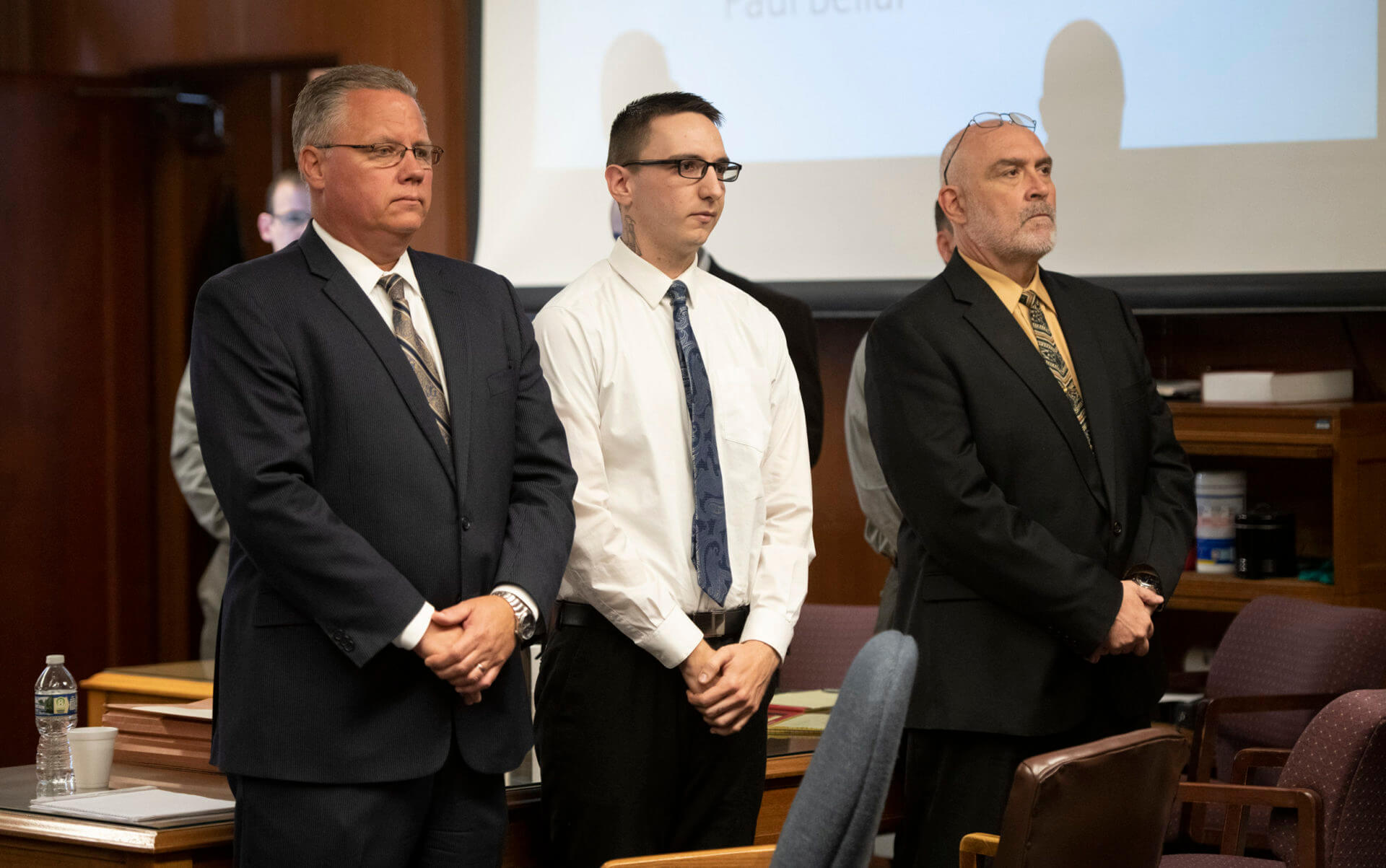