YPSILANTI TOWNSHIP, Mich. (WXYZ) — Three people have been have been arrested, and two of them have been formally charged, after a man was shot and killed in Michigan while making a Facebook Live video.

The shooting happened around 11 a.m. on June 28 in Ypsilanti Township. 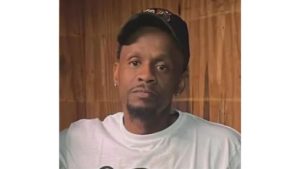 The Washtenaw County Sheriff’s Office said it received multiple calls of shots being fired and that a man was on the ground. Deputies said Terrill Smith, 46, was shot multiple times.

Aid was provided at the scene until a medical team arrived and took Smith to the hospital. He died from his injuries.

On July 1, three people were taken into custody in connection to the shooting.

A 24-year-old man from the city of Ypsilanti was arrested in Georgia and is being taken to back to Washtenaw County. Specific charges for him are pending.

Martita Bonner, 41, of Ypsilanti Township was charged with conspiracy to commit homicide and open murder. She has been taken to the Washtenaw County Jail. Her bond has been set at $1 million.

Jermia Castion, 25, of Ypsilanti, was charged with conspiracy to commit homicide and open murder. She was also taken to the Washtenaw County Jail with bond set at $1 million.

The sheriff’s office said the shooting was heard and witnessed through the Facebook Live video that was shared multiple times.

Authorities are still looking for other people who may have been involved. Anyone with information about the incident is asked to contact Detective Yeager at yeagerb@washtenaw.org or 734-476-9594. Tips can also be sent anonymously to 734-973- 7711 or Crime Stoppers at 1-800-SPEAK-UP.

This story was originally published July 5, 2022 by WXYZ in Detroit, an E.W. Scripps Company.