ATLANTA (AP) — Police found three people fatally shot early Sunday outside a nightclub in Atlanta, which over the weekend surpassed 100 killings this year.

The three men, ranging in age from 35 to 45, were slain at about 12:30 a.m. Sunday in a parking lot used by several businesses, including a nightclub that was open at the time, Atlanta police told news outlets.

Lt. Daniel Genson, the homicide commander for Atlanta police, did not identify the victims and gave few details about the shootings or what led to them. All of the violence happened outside in the parking lot, he said.

“Currently, we are at the preliminary stages of the investigation to identify witnesses and what other evidence is available,” Genson told reporters.

A few hours before the triple shooting, a man died at an Atlanta hospital after being found with a gunshot wound in a car Saturday afternoon. Police said that person was Atlanta’s 100th homicide victim since Jan. 1.

Police have announced no arrests in either of the shooting incidents.

Georgia Gov. Brian Kemp and other Republicans have seized on rising crime in Atlanta and other cities as a top issue headed into next year’s elections. They’re trying to persuade voters that Democrats can’t be trusted to deal with crime. 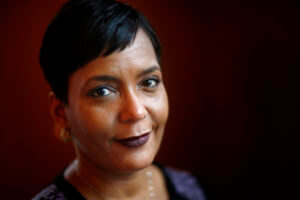 Atlanta Mayor Keisha Lance Bottoms, a Democrat, last month released a $70 million plan for curbing crime and violence in the city that includes hiring 250 additional police officers and installing 10,000 streetlights in area with a history of violent crime.

Meanwhile, district attorneys from some of Georgia’s largest counties have launched a new group to share ideas on combating rising crime. The Urban District Attorney Coalition’s members include top prosecutors from Fulton and DeKalb counties, which share Atlanta between them, as well as judicial circuits that include Macon and Columbus.

Atlanta police investigated 157 homicides in 2020, the highest number of killings in the city in more than two decades, The Atlanta Journal-Constitution reported. By comparison, the department documented 99 homicides in 2019.