BALTIMORE (AP) — Three men incarcerated for 36 years in Maryland were exonerated Monday in the slaying of a Baltimore teenager after a review of their case. 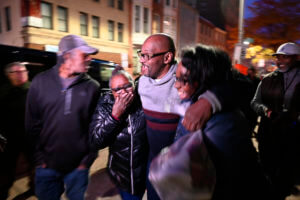 Alfred Chestnut, Ransom Watkins and Andrew Stewart were released from custody hours after a judge cleared their convictions and prosecutors dropped the charges. They were teenagers when they were sentenced to life in prison in 1984.

“On behalf of the criminal justice system, and I’m sure this means very little to you gentlemen, I’m going to apologize,” Circuit Court Judge Charles Peters told the men, the Baltimore Sun reported.

Chestnut, Watkins and Stewart were arrested on November 1983 for the slaying of 14-year-old DeWitt Duckett. The teenager was accosted over his Georgetown jacket and shot in the neck while walking to class at a Baltimore school.

The case was reopened earlier this year by the office of Baltimore City State’s Attorney Marilyn Mosby after Chestnut sent a letter to the Conviction Integrity Unit. The Washington Post reported Chestnut included exculpatory evidence he uncovered last year. 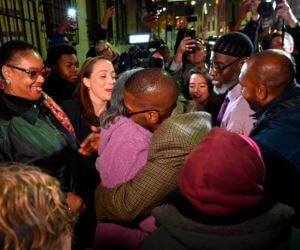 Alfred Chestnut hugs his mother Sarah after his release Monday, Nov. 25, 2019, in Baltimore. Chestnut was one of three men incarcerated for 36 years in Maryland who were exonerated Monday in the slaying of a Baltimore teenager after a review of their case. (Jerry Jackson/The Baltimore Sun via AP)

Prosecutors now say police reports show multiple witnesses told police that that suspect, who was 18 at the time of the crime, was the shooter. One student saw him flee the scene and dump a gun as police arrived at Harlem Park Junior High School, but authorities at the time focused their investigation on the trio.

An assistant prosecutor working on the case told the court in 1984 that the state did not have any reports that would have raised doubts about the defendants’ guilt even though police records had statements involving the 18-year-old and also showed trial witnesses had failed to identify the teenagers in photo lineups. A judge sealed those documents, but Chestnut obtained them through a public records request last year.

“Everyone involved in this case — school officials, police, prosecutors, jurors, the media, and the community — rushed to judgment and allowed their tunnel vision to obscure obvious problems with the evidence,” said Shawn Armbrust, executive director of the Mid-Atlantic Innocence Project, which represents Watkins. Armbrust added that “this case should be a lesson to everyone that the search for quick answers can lead to tragic results.” 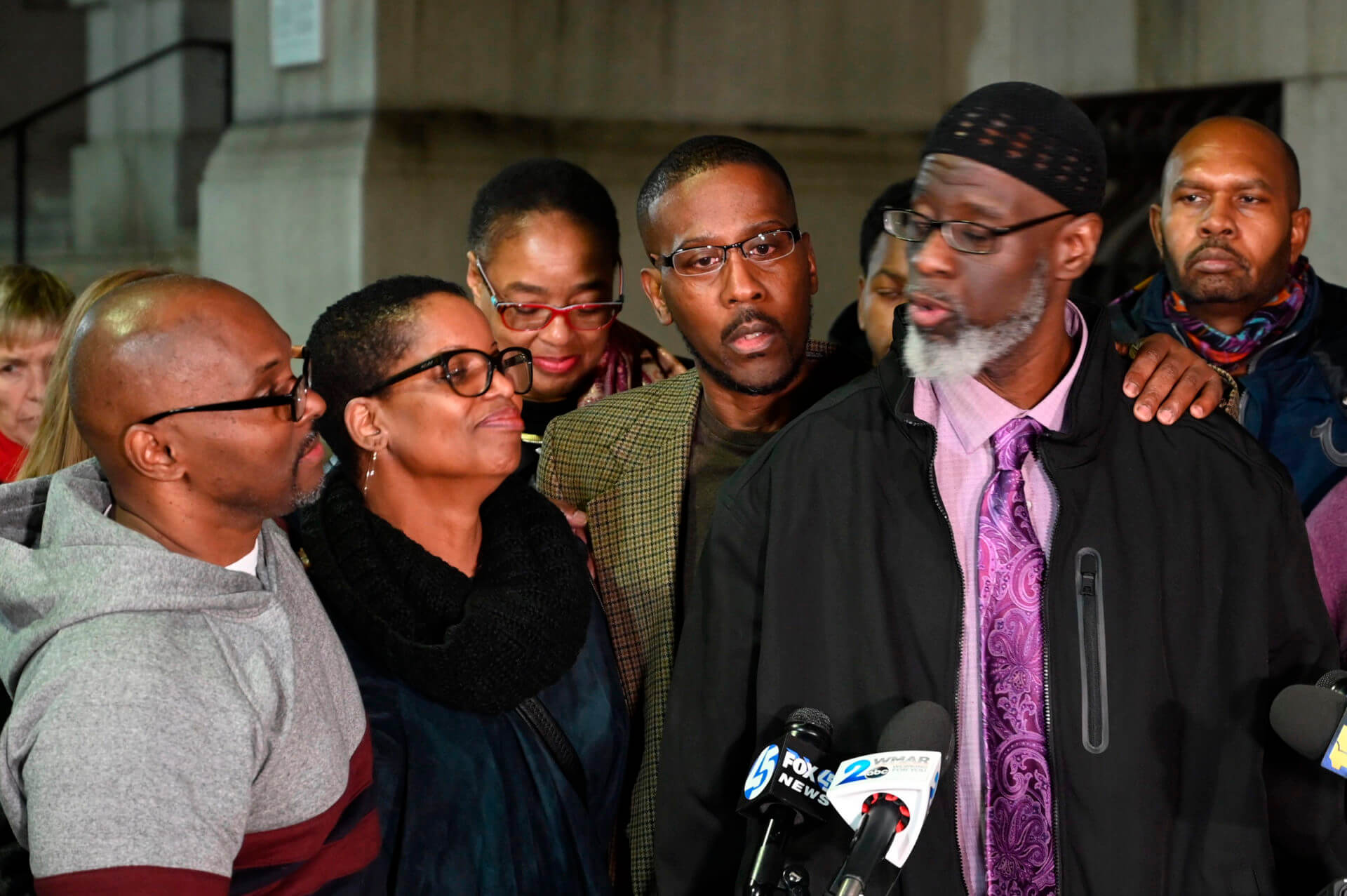 Andrew Stewart, from left, Alfred Chestnut, and Ransom Watkins speak Monday, Nov. 25, 2019, in Baltimore, Md. The three men had been incarcerated for 36 years in Maryland were exonerated Monday in the slaying of a Baltimore teenager after a review of their case. (Jerry Jackson/The Baltimore Sun via AP)
MORE NEWS