HAMPTON, Va. (WTKR) – Julia Tomlin, who pleaded guilty to murdering her 2-year-old son Noah, was sentenced to 55 years in prison in connection with her son’s death.

The sentence was the maximum Tomlin could receive for her charges. 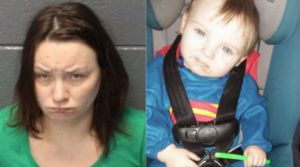 Tomlin pleaded guilty in December to charges of second-degree murder, child neglect and concealment of a body in the murder case of Noah in 2019.

In June 2019, Noah was reported missing from his Buckroe Beach home, and police began a grueling search. The 2-year-old boy’s body was found at the Hampton Steam Plant in July 2019 after a week of searching.

Hampton Commonwealth’s Attorney Anton Bell said the toddler was mutilated and tortured and had a horrific death.

Officials said his injuries were horrific and severe.

This story was originally published July 25, 2022, by WTKR in Norfolk, VA, an E.W. Scripps Company.