HAMPTON, Va. (WTKR) – A woman who has been charged with the murder of her 2-year-old son has plead guilty in court Tuesday.

Julia Tomlin is being charged with second degree murder in the case of 2-year-old Noah Tomlin’s death.

Julia was arrested a few days after Noah was reported missing. She was originally charged with three counts of felony child neglect.

On Tuesday Hampton’s Commonwealth’s Attorney Anton Bell said Tomlin plead as she was charged. He added that his office is seeking the maximum sentence which would be 55 years for all the charges.

When asked about Noah’s injuries, Bell said “Imagine a baby with no arms no limbs and only a few strands of hair from his head.” 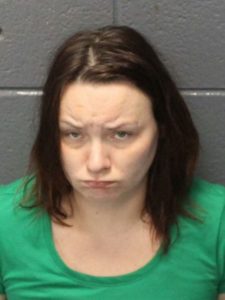 In June 2019, Noah was reported missing and was found by police at the Hampton Steam Plant a week later.

The medical examiner reported that two fractures to Noah’s skull were the ultimate cause of the toddler’s death, adding that the injuries were as if a child were to have fallen from a multiple-story building.

Officials said the injuries were horrific and severe.

The Hampton Coroner’s Office also saw signs of blunt force trauma and battered child syndrome when examining Noah’s body, according to Bell. The medical examiner, who was working with an anthropologist, only had a fully recognizable left leg and liver when first examining the toddler.

On Tuesday ,Theresa Tomlin, Julia’s sister-in-law, spoke to News 3 after Julia’s guilty plea. She said she believes her sister-in-law is not guilty because she saw Noah “bashing his head into the crib” because she claims he had “special autism.” Theresa said it was an accident and said her sister-in-law held him every night so he would stop hitting his own head. She believes her sister-in-law passed out from heroin use and didn’t wake up in time to save Noah after he fell from the crib.

She added that she “knows the truth” and claims officials wouldn’t listen to her. Theresa says Julia only plead guilty because she is scared. Theresa said she believes Julia’s former boyfriend is to blame for Noah’s death.

Tomlin’s sentencing has been set for March 18.