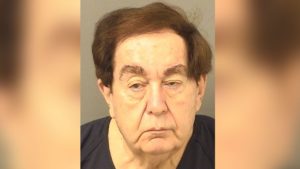 A probable cause affidavit stated that the incident involved a 61-year-old woman, who was visiting Palm Beach County to see her parents.

The victim told investigators that she was having foot pain and her parents suggested she go see their podiatrist in Lake Worth.

The woman visited Lipsman’s office on March 11 and he gave her an injection, which she said made the pain go away.

Investigators said Lipsman then called the woman back the next day and told her he had received a new cream that could be beneficial to her and asked her to return to his office.

When the woman came back to his office the next day, she said Lipsman touched her inappropriately and also tried to kiss her.

Barbera said probable cause was established to charge Lipsman with one count of sexual battery on a person over 18.

Jail records show that bond was set at $10,000, and Lipsman was released from custody Saturday.

Detectives believe that there may be additional victims.

This story was originally published Oct. 24, 2022 by WPTV in West Palm Beach, an E.W. Scripps Company.