Kenley’s death is now considered a homicide, and police have arrested 75-year-old William O’Reilly in connection with the death.

According to police, O’Reilly is an acquaintance of Kenley’s. He faces felony charges of aggravated murder, desecration of a corpse and obstruction of justice. 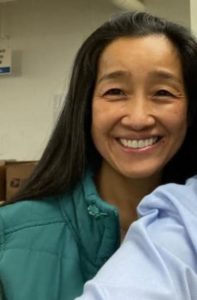 “Our detectives are still pursuing other information in this case, so I don’t have specifics on their relationship. I just know that they are acquaintances,” said Lt. Dean Carriger, Sandy PD.

Kenley had been last seen in the area of 7134 South and 700 East in Midvale on Friday afternoon.

Friends and family said she was heading to Layton to meet with coworkers, but never arrived.

“Our detectives immediately started working the case. Through their investigation, they were able to track some of the movement of Ms. Kenley,” Carriger said.

There were several attempts to locate Kenley after her car was found in the Costco parking lot at 11100 South Auto Mall Drive in Sandy on Saturday.

“Through the diligent work of our detectives, they were able to track Ms. Kenley to an area along the Jordan River around 8900 S. At this point, we’re still waiting on autopsy results, but we have confirmed that it was a homicide,” Carriger said.

About 100 people met Sunday to look for Kenley.

According to a Facebook post by Sandy Police, Rocky Mountain Rescue Dogs assisted in the search and were pivotal in locating Kenley’s body in thick brush in a heavily-wooded area.

Masako’s husband, Bill Kenley, released the following statement Monday: “I want to express my deep gratitude to the police and to the countless volunteers for their help in finding Masako. We are overwhelmed at the number of people who have helped us during this difficult time. Your prayers and support have meant the world to my family and me Losing Masako is devastating, but we feel blessed to have had her in our lives for as long as we did. We will never forget your kindness, generosity and love.”