DENVER (KOAA) — Charges have been filed against an Adams County, Colorado Sheriff’s Office sergeant and a woman after a 3-year-old died in a shooting in the town of Frederick, just north of Denver.

Summons have been issued for Brett Eskam and Elaine Eskam on six counts of unlawful storage of a firearm. 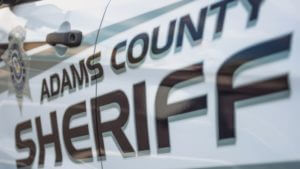 Frederick police officers responded to a call about a shooting inside the home on May 8, according to the department. When first responders arrived, they found a 3-year-old girl with life-threatening injuries, the department said.

EMS took the child to UCHealth Longs Peak Hospital where she later died.

The Adams County Sheriff’s Office later confirmed the girl was the daughter of Sgt. Brett Eskam.

“While Sergeant Eskam has been awarded multiple times during his 17 years of service with the Sheriff’s Office, he is a father and husband first, and the impact of this loss is immeasurable,” Adams County Sheriff’s public information officer Sgt. Adam Sherman previously said in a statement.

The summons directs the Eskams to appear in court on July 18.

No further information was immediately available.

This story was originally published May 19, 2022 by KOAA in Colorado Springs, an E.W. Scripps Company.