MONTGOMERY, Ala. (AP) — The Alabama House of Representatives on Tuesday approved a pair of bills intended to give judges more discretion to deny bail for people accused of violent crimes, a proposal inspired by the death of a college student. 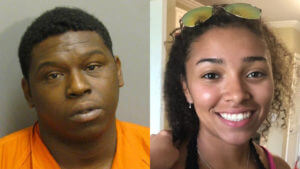 Representatives approved two bills to create Aniah’s Law, a measure named after 19-year-old Aniah Blanchard who was killed after being abducted from an Auburn gas station. At the time of the abduction the suspect in the case was free on bond in an earlier kidnapping case

Republican Rep. Chip Brown, the sponsor of the bill, said law enforcement officials have asked for the bill for several years.

“They believe this bill can save lives,” Brown, R-Mobile, said.

The House passed the two bills by votes of 101-0 and 102-0. One is a constitutional amendment, since the Alabama Constitution says people charged with crimes have a right to bail unless they are charged with capital murder.

The proposal lists others crimes in which a judge may deny bond following a hearing. The crimes include murder, kidnapping, first-degree assault, rape, first-degree robbery, first-degree burglary and aggravated child abuse.

The bills now move to the Alabama Senate. Because it involves a constitutional amendment, the proposal would also have to be approved by voters.

Blanchard, the stepdaughter of UFC fighter Walt Harris, was a student at Southern Union State Community College. She was last seen Oct. 23, 2019 at a gas station in Auburn and her remains were later found in a wooded area.

During the short debate, Rep. Merika Coleman, who is the cousin of Blanchard’s stepmother, fought back tears as she described the teen.

“No other family should have to go through what this family went through,” Coleman, D-Pleasant Grove said. “She was a beautiful young woman. She had a full life ahead of her. She could have accomplished so much,” Coleman said.

Democratic Rep. John Rogers of Birmingham said he supported the bill but questioned the need for the legislation. He said judges can deny bail or set it so high that the person has no chance of release.

“Any judge worth his salt is going to do the same thing anyway,” Rogers said.

Brown responded that judges interpret the right to bond differently and said this would set a standard.