MONTGOMERY, Ala. (AP) — Alabama told a federal judge that it could soon be ready to use a new, untried execution method called nitrogen hypoxia to carry out a death sentence.

The disclosure came Monday at a court hearing over inmate Alan Miller’s request to block his scheduled Sept. 22 execution by lethal injection. Miller maintains that prison staff lost paperwork he returned in 2018 requesting nitrogen hypoxia, an execution method that the state has authorized but never used. 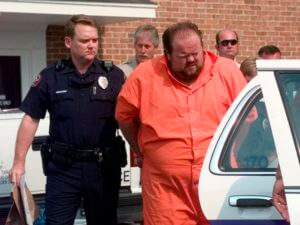 James Houts, a deputy state attorney general, said the method could be available as soon as next week. He said, however, that a final decision on when to use the new method would be up to Corrections Commissioner John Hamm. The Alabama Department of Corrections did not respond to an email seeking comment about the status of the proposed new execution method.

Here is what is known about nitrogen hypoxia:

WHAT IS NITROGEN HYPOXIA?

Nitrogen hypoxia is a proposed execution method in which death would be caused by forcing the inmate to breathe only nitrogen, thereby depriving him or her of the oxygen needed to maintain bodily functions.

HAS IT EVER BEEN USED?

No. No state has used nitrogen hypoxia to carry out a death sentence. In 2018 Alabama became the third state — along with Oklahoma and Mississippi — to authorize the untested use of nitrogen gas to execute prisoners. However, lethal injection remains the state’s primary execution method.

HOW IS IT SUPPOSED TO WORK?

Nitrogen makes up 78% of the air inhaled by humans and is harmless when inhaled with oxygen. The theory behind the execution method is that changing the composition of the air to 100% nitrogen would cause the inmate to pass out and then die from lack of oxygen. 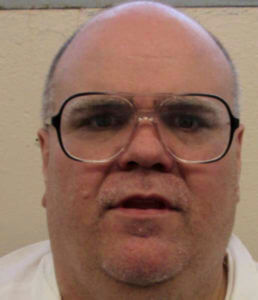 WHY DID STATES PROPOSE THE NEW METHOD?

States began proposing nitrogen hypoxia as an alternate execution method because of difficulty obtaining lethal injection drugs and ongoing litigation over the humaneness of lethal injection. Proponents have theorized that nitrogen hypoxia would be a simpler and more humane execution method. Then-Sen. Trip Pittman, a Republican lawmaker who sponsored the 2018 legislation, theorized it would be similar to how aircraft passengers pass out when a plane depressurizes.

WHAT ARE THE CONCERNS?

Critics have likened the untested method to human experimentation. “It is completely untested,” said Robert Dunham, executive director of the Death Penalty Information Center. No state has publicly released a protocol describing how it would work. While proponents have theorized it would be quick and painless, Dunham noted that states once said the same thing about the electric chair. The American Veterinary Medical Association’s euthanasia guidelines say inert gas hypoxia is acceptable, under certain conditions, for the euthanasia of chickens, turkeys and pigs but is not recommended for other mammals such as rats.

HOW WOULD ALABAMA CARRY OUT AN EXECUTION BY NITROGEN HYPOXIA?

Unknown. The state has released little information about the proposed method. Most of the available information has come from court proceedings. The Alabama Department of Corrections told a federal judge last year that it had completed a “system” to use nitrogen gas but did not describe it. During a Sept. 11 court hearing, a lawyer for the state said they asked Miller if he would agree to be fitted with a mask, an indication that the state may intend to place a face mask over the inmates’ nose and mouth.

WHAT’S HAPPENING IN OTHER STATES?

Oklahoma, which in 2015 was the first state to approve the use of nitrogen gas for use in executions, has not finalized plans to use it. The state has resumed lethal injections. Department of Corrections emails obtained by The Associated Press show the agency’s former deputy chief of operations reached out to a manufacturer of reduced oxygen breathing units used to help train pilots on the signs and symptoms of hypoxia. The president of the company responded that she didn’t believe executions would be an appropriate use of the product and that she had concerns about potential liability.

Alabama is working on finalizing a protocol for using nitrogen hypoxia, Houts told the judge. The steps must be added to the existing state protocol that describes the procedures for an execution using the electric chair or lethal injection. He said Alabama’s prison commissioner has the final decision on when to allow its use. Litigation is expected if the state decides to go forward with the method. Lethal injection will remain the primary execution method in Alabama. However, when Alabama authorized nitrogen hypoxia in 2018, state law gave inmates a brief window to select it as their preferred execution method. A number of inmates selected nitrogen.