ALBUQUERQUE, N.M. (AP) — An arrest warrant has been issued for a suspect accused of killing another Albuquerque man after the victim’s service dog was shot and wounded for reportedly barking at the gunman, police said.

The warrant issued Tuesday seeks Xavier Marquez, 22, on suspicion of murder and extreme animal cruelty along with firing a weapon at an occupied home. 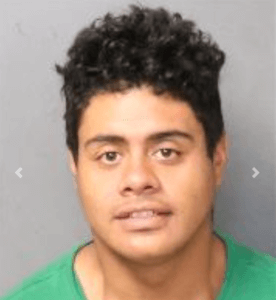 Shawn Lynch, 34, was fatally shot and his dog wounded on Sept. 22. Another shot fired by Marquez went into a nearby home and lodged in the mattress of a sleeping woman who escaped injury, police said.

The death added to Albuquerque’s record number of homicides this year with at least 85 as of Monday, according to police records.

Witnesses told investigators that Lynch was walking his dog on a street and headed for a friend’s house where they encountered Marquez as he sat in a truck.

The complaint said Marquez got out of the truck and yelled at the dog before shooting and wounding the animal.

When Lynch objected, he was shot in the head and left on the street, according to the complaint.

Witnesses told police that 10 shots were fired and Lynch was struck by bullets at least four times. They said Marquez fled in a moped.

Lynch was pronounced dead at a hospital Monday, five days after the shooting.

His dog named Yessica survived after veterinarians removed a 9 mm bullet from one of the animal’s legs during emergency surgery, authorities said.

Court records also show Marquez was out on bail on charges stemming from a different violent attack.

According to the documents, police arrested Marquez on Aug. 20 on accusations of punching two people in the face after his car caught fire in front of a shoe store.

One of the people was an off-duty police officer, who was trying to keep him from leaving the scene of the fire.

Marquez was released without bond on assault charges and told not to have any guns, court records show, and he was given one of the least restrictive bail conditions because he had no prior violent convictions.