A Florida man who allegedly fatally shot one person and wounded several others at a 2015 event is facing life in prison.

Jose Raul Bonilla, 20, is accused in the deadly Forty Myer’s ZombiCon shooting on Oct. 17, 2015. 20-year-old Expavious “Tyrell” Taylor was killed and five others were injured when Bonilla allegedly fired a gun into the crowd. Bonilla went free for over two years before he was arrested Feb. 26, 2018.

Authorities said Bonilla was identified after combing through hundreds of hours of surveillance footage. They said the investigation was complicated because many festival attendees were wearing masks and fake blood and holding fake weapons. During those two years, they reportedly received multiple Crime Stoppers tips naming Bonilla.

Bonilla was brought in for multiple interviews with local authorities and FBI agents between 2015 and 2018. He had also reportedly been arrested three times during those years. When he was arrested in the ZombiCon shooting, he was already in jail awaiting trial of charges of child abuse. He’s facing multiple charges, including second-degree murder with a firearm. According to court documents, Bonilla’s defense team plans to argue the shooting was in self-defense and justified due to someone else pulling a gun on the defendant. 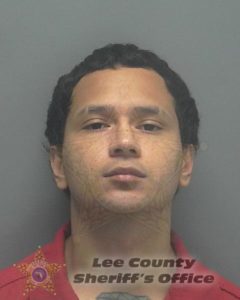