TUCSON, Ariz. (KGUN) — Life—and death—in prison. That’s what Christopher Clements has to look forward to now that a judge has sentenced him to natural life in prison for the kidnaping and murder of 13-year-old Maribel Gonzalez. 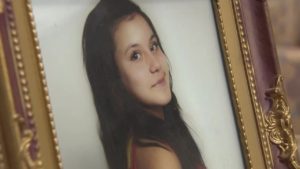 This undated photo provided by KGUN shows Maribel Gonzalez, who was killed in 2014.

Not every life sentence is the same. Some life sentences offer a chance of parole after maybe 25 or 35 years.

But Clements, sentenced for his ‘natural life,’ will remain locked up until he’s dead.

Before Judge James Marner handed down the sentence, family members told the judge of the happy, friendly girl they would have had the joy of watching grow up—if not for Christopher Clements.

Afterwards, Maribel’s mother Valerie Calonge said she takes some comfort in the idea that Maribel’s case will take Clements off the streets forever.

“She’s a hero for that. She helped prevent any other victim and I think that Tucson will rest easy.”

In addition to the natural life sentence, Marner sentenced Clements to 17 years for kidnapping Gonzalez.

Clements is already serving a sentence for an unrelated burglary conviction, sentenced by a Maricopa County Superior Court judge in June.

Clements’ conviction in the Gonzales murder was based on largely circumstantial evidence: There were no witnesses who had seen Clements put Gonzalez in his car, and the DNA evidence did not deliver a perfect match.

Nevertheless, cell phone tracking and other evidence against him, including 1,300 photos of young girls on his iPad and testimony from his ex-girlfriend, proved a strong enough case for a jury conviction.

His lawyers for the Gonzalez case asked for a re-trial following that verdict—a routine maneuver for defense attorneys when they feel there may have been mistakes or questionable rulings.

Judge James Marner, however, ruled the case was strong enough to uphold Clements’ conviction in that trial and that sentencing could proceed as scheduled on Monday, Nov. 14. 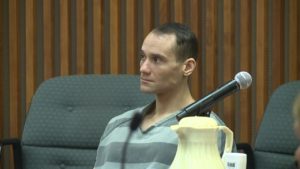 Clements will face another jury in 2023 for the disappearance and death of 6-year-old Isabel Celis, who went missing from her Tucson home April 2012. Her remains weren’t discovered until after Maribel’s had been found.

Clements actually led investigators to Celis’ remains to try to get charges dropped in his burglary case in Maricopa County. He said he had nothing to do with killing Celis, but her remains were near where Maribel was found and investigators tied Clements to both murders.

Throughout the Maribel Gonzalez case, Judge Marner and attorneys were very careful to never mention the Isabel Celis case to make sure that case did not influence the jurors.

That trial is scheduled for February.

This story was originally published Nov. 14 by KGUN in Tucson, an E.W. Scripps Company.