HENDRY COUNTY, Fla. (WFTX) — The man arrested in connection with the death of a transgender woman remains in jail after a Florida judge set his bond at $200,000. 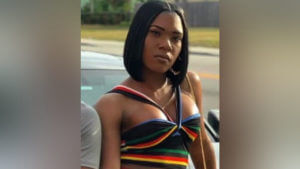 Marcus Thompson was arrested Dec. 22, and charged as accessory after the fact to first-degree homicide and arson. The arrest is tied to the 2019 death of Bee Love Slater, whose body was found burned beyond recognition in her vehicle in Clewiston.

Her death is believed by some to be a hate crime, though investigators have not officially made that conclusion. The Hendry County Sheriff’s Office says they are still looking for suspects directly related to the homicide.

If you have any information you are asked to call the Hendry County Sheriff’s Office at 863-674-5600.

This story was originally published Dec. 27, 2021, by WFTX in Southwest Florida, an E.W. Scripps Company.