47-year-old Aldrick Scott is wanted for kidnapping and accessory to a felony, according to the arrest warrant issued in Douglas County Court. 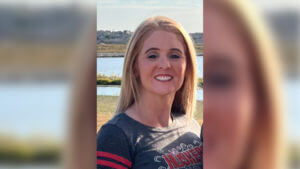 The Douglas County Sheriff’s Office is looking to bring a resolution to the case. Chief Deputy Wayne Hudson confirmed, on Nov. 25, they are searching Pheasant Point Landfill and other areas such as the neighborhood near 168th and Blondo Streets.

A search warrant in Topeka, Kansas was executed in relation to Cari Allen’s disappearance, on Nov. 22. The Topeka Police Department said it was assisting the Douglas County Sheriff’s Office with an investigation, according to a report by the CBS affiliate in Topeka, WBIW.

Anyone with information on Cari’s whereabouts is encouraged to call the tip line at 402-444-6000.

This story was originally published Nov. 26, by KMTV in Omaha, an E.W. Scripps Company.