DETROIT (WXYZ) — A local attorney has been charged following the murder of a well-known jeweler in metro Detroit.

Marco Bisbikis, who was the attorney for slain Oak Park jeweler Dan Hutchinson, was arraigned Friday on multiple charges, including premeditated murder and conspiracy to commit murder.

Bisbikis, 38, is accused of hiring a hitman to murder his own client. 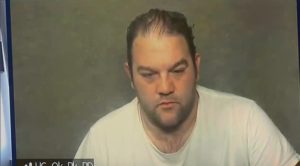 Hutchinson, 44, was shot multiple times in his car over the summer on Greenfield Road near 8 Mile.

Police say he was approached as he was leaving his shop, Hutch’s Jewelry.

Hutchinson’s wife was also in the car when the shooter pulled alongside them on a motorbike and opened fire. She was not harmed, according to police.

The suspected shooter was arrested shortly after the crime; he’s one of three others now charged in the case.

The next court date for Bisbikis is slated for November 15. Prosecutors asked the judge to deny bond, citing a flight risk, while the defense attorney argued Bisbikis is married and a father and would surrender his passport with no intention to flee.

The judge ultimately decided to deny bond, saying tethers can be cut.

This story was originally published Nov. 4 by WXYZ in Detroit, an E.W. Scripps Company.