AURORA, Colo. (KOAA) — Authorities released the names of the four victims killed in a shooting in Aurora, Colorado early Sunday morning. The suspect remains at large and the reward for his arrest has been increased.

The victims were identified as: 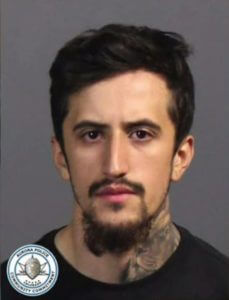 The shooting happened around 2am Sunday. The suspect in the shooting was identified by police as 21-year-old Joseph Castorena. A reward for information leading to his arrest was increased to $15,000 on Tuesday.

In a press briefing Sunday, Aurora Interim Police Chief Dan Oates said two very young children and one adult female were inside the home at the time of the shooting but are unharmed. The woman is Castorena’s domestic partner, Oates said.

Police said the ongoing investigation revealed the incident stemmed from an ongoing domestic situation between the surviving woman and the suspect.

Oates said Castorena has a restraining order against him that prevents the suspect from going near the home or his domestic partner. He said Castorena lives just blocks away from the home where the shooting took place. However, a search of that home came up empty.

The suspect’s children are safe in another state, Oates said.

Castorena is described as a 5’4″ tall Hispanic male with dark hair and a lion tattoo on his neck. Police said they did not know what he was wearing. Aurora police say he is armed and dangerous and anyone who sees him or knows his whereabouts is asked to call 911.

If you have any information about this case, and did not speak to detectives on scene, you may also contact Metro Denver Crime Stoppers at 720-913-7867. Tipsters could be eligible for a reward of up to $15,000 and may remain anonymous.

This story was originally published Nov. 1, 2022 by KOAA in Colorado Springs, an E.W. Scripps Company.