Eric Glenn Banks Jr. was arrested back in July of 2021 for allegedly killing his 15-year-old stepson, Dasan James “DJ” Jones. 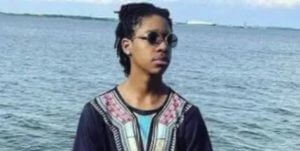 Police found DJ’s body stuffed inside an attic crawl space, at Banks’ Curtis Bay home. DJ’s mother called 911 after she’d gone to the house to pick him up, but couldn’t get ahold of him.

During Tuesday’s hearing, Banks entered an Alford plea, which indicates enough evidence exists to convict without actually having to admit guilt.

Before the gruesome discovery, Banks reportedly lied to officers telling them that Jones had left his home.

Court documents said Banks later attempted to steal the gun of one of the arresting officer’s, while they were trying get him into a police car.

According to the Baltimore Police Department, Banks is currently suspended without pay.

He’s scheduled to be sentenced in December.

This story was originally published Oct. 4, 2022 by WMAR in Baltimore, an E.W. Scripps Company.