BALTIMORE (WMAR) — A STEM teacher at Bnos Yisroel, a private Jewish all-girls school in Baltimore City, was arrested for possession and distribution of child pornography.

The school sent out two letters to parents within 24 hours of each other, the first saying that the administration was notified that a faculty member, who is also a parent at the school, was arrested and had been immediately terminated. 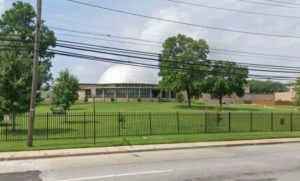 The second letter identified William Zev Steen and announced a meeting with parents to discuss the situation, directed by licensed social worker.

“We are horrified and saddened to have to write and share this letter. It is important to recognize this traumatic experience presents an opportunity to have a conversation with your child about personal safety,” wrote administrators in the second letter.

Social media reactions to the school’s response appear mainly positive, with some wishing that Steen had been named in the first letter. We spoke with one parent, who asked to remain unnamed, who was appreciative of how the school handled the situation.

While her daughter didn’t have Steen as a teacher, she appreciated the initial email alerting parents of the situation and then the update the following day with details once the school had the opportunity to speak with Rabbis, lawyers and police.

Steen has been charged with 15 different counts. The descriptions in the charging documents of the material was graphic and disturbing.

The charging documents also confirm that the material was found on Steen’s personal laptop and devices, as stated in the first letter from the school.

“The police detectives advised that anyone with information should reach out to Sergeant William A. Currie, BPD, where warranted. He can be reached at 443-938-0466. If anyone has questions or needs support during this time please contact your personal and/or school therapist.”

The Thursday morning update from TAG announced that “As of November 8, 2022, Zev Steen is no longer associated with TAG Baltimore,” and states that the “process of finding a new director is underway.” The email didn’t include anything about an arrest or criminal charges.

According to court documents, Steen has been released on bail and is scheduled to appear in court for a preliminary hearing on December 6.

This story was originally published Nov. 10, 2022 by WMAR in Baltimore, an E.W. Scripps Company.