WASHINGTON (AP) — Steve Bannon, a longtime ally of former President Donald Trump, was sentenced Friday to serve four months behind bars after defying a subpoena from the House committee investigating the Jan. 6 insurrection at the U.S. Capitol.

U.S. District Judge Carl Nichols allowed Bannon to stay free pending appeal and also imposed a fine of $6,500 as part of the sentence. Bannon was convicted in July of two counts of contempt of Congress: one for refusing to sit for a deposition and the other for refusing to provide documents. 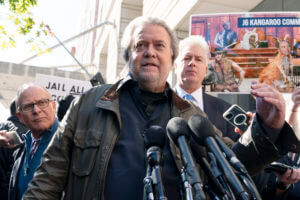 Steve Bannon, center, a longtime ally of former President Donald Trump and convicted of contempt of Congress, accompanied by his attorneys David Schoen, left, and Evan Corcoran, right, speaks to the media as he leaves the federal courthouse on Friday, Oct. 21, 2022, in Washington. Bannon was sentenced to 4 months behind bars for defying a Jan. 6 committee subpoena. ( AP Photo/Jose Luis Magana)

Nichols handed down the sentence after saying the law was clear that contempt of Congress is subject to a mandatory minimum sentence of at least one month behind bars. Bannon’s lawyers had argued the judge could’ve sentenced him to probation instead. Prosecutors had asked for Bannon to be sent to jail for six months.

“In my view, Mr. Bannon has not taken responsibility for his actions,” Nichols said before he imposed the sentence. “Others must be deterred from committing similar crimes.”

The House panel had sought Bannon’s testimony over his involvement in Trump’s efforts to overturn the 2020 presidential election. Bannon has yet to testify or provide any documents to the committee.

Prosecutors argued Bannon, 68, deserved the longer sentence because he had pursued a “bad faith strategy” and his public statements disparaging the committee itself made it clear he wanted to undermine their effort to get to the bottom of the violent attack and keep anything like it from happening again.

“He chose to hide behind fabricated claims of executive privilege and advice of counsel to thumb his nose at Congress,” said prosecutor J.P. Cooney. 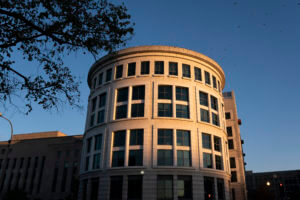 The sun rises on the Federal Courthouse in Washington, ahead of a sentencing hearing for Steve Bannon, longtime ally of former President Donald Trump, convicted of contempt of Congress, on Friday, Oct. 21, 2022. (AP Photo/Nathan Howard)

“Your honor, the defendant is not above the law and that is exactly what makes this case important,” Cooney said. “It must be made clear to the public, to the citizens, that no one is above the law.”

The defense, meanwhile, said he wasn’t acting in bad faith, but trying to avoid running afoul of executive privilege objections Trump had raised when Bannon was first served with a committee subpoena last year. The onetime presidential adviser said he wanted to have a Trump lawyer in the room, but the committee wouldn’t allow it.

In imposing the sentence, the judge noted that Bannon did have a lawyer, and while his advice might have been “overly aggressive” he did appear to be following it.

“Mr. Bannon did not completely ignore the fact he had received the subpoena nor did he fail to engage with the committee at all,” Nichols said.

Many other former White House aides have testified with only their own counsel. Bannon had been fired from the White House in 2017 and was a private citizen when he was consulting with the then-president before the riot.

Before the judge handed down the sentence, Bannon’s lawyer, David Schoen, gave an impassioned argument railing against the committee and saying Bannon had simply done was his lawyer told him to do under Trump’s executive privilege objections.

As he walked into court on Friday, Bannon told reporters, “This illegitimate regime, their judgment day is on 8 November when the Biden administration ends.” Bannon did not speak during the hearing, saying only, “My lawyers have spoken for me, your honor.”

Leaving the courthouse after the sentencing, Bannon said he believed Attorney General Merrick Garland would be impeached.

Prosecutors had pushed for the maximum fine, saying Bannon refused to answer routine questions about his income and insisted he could pay whatever the judge imposed. The judge, though, found the short answers were an effort to spare court staff a lengthy effort of tracing Bannon’s finances and imposed a smaller fine.

Bannon has also argued that he had offered to testify after Trump waived executive privilege. But that was after the contempt charges were filed, and prosecutors say he would only agree to give the deposition if the case was dropped.

Bannon is also facing separate money laundering, fraud and conspiracy charges in New York related to the “We Build the Wall” campaign. Bannon has pleaded not guilty.

Prosecutors say Bannon falsely promised donors that all money would go to constructing a wall at the U.S.-Mexico border, but instead was involved with transferring hundreds of thousands of dollars to third-party entities and using them to funnel payments to two other people involved in the scheme. 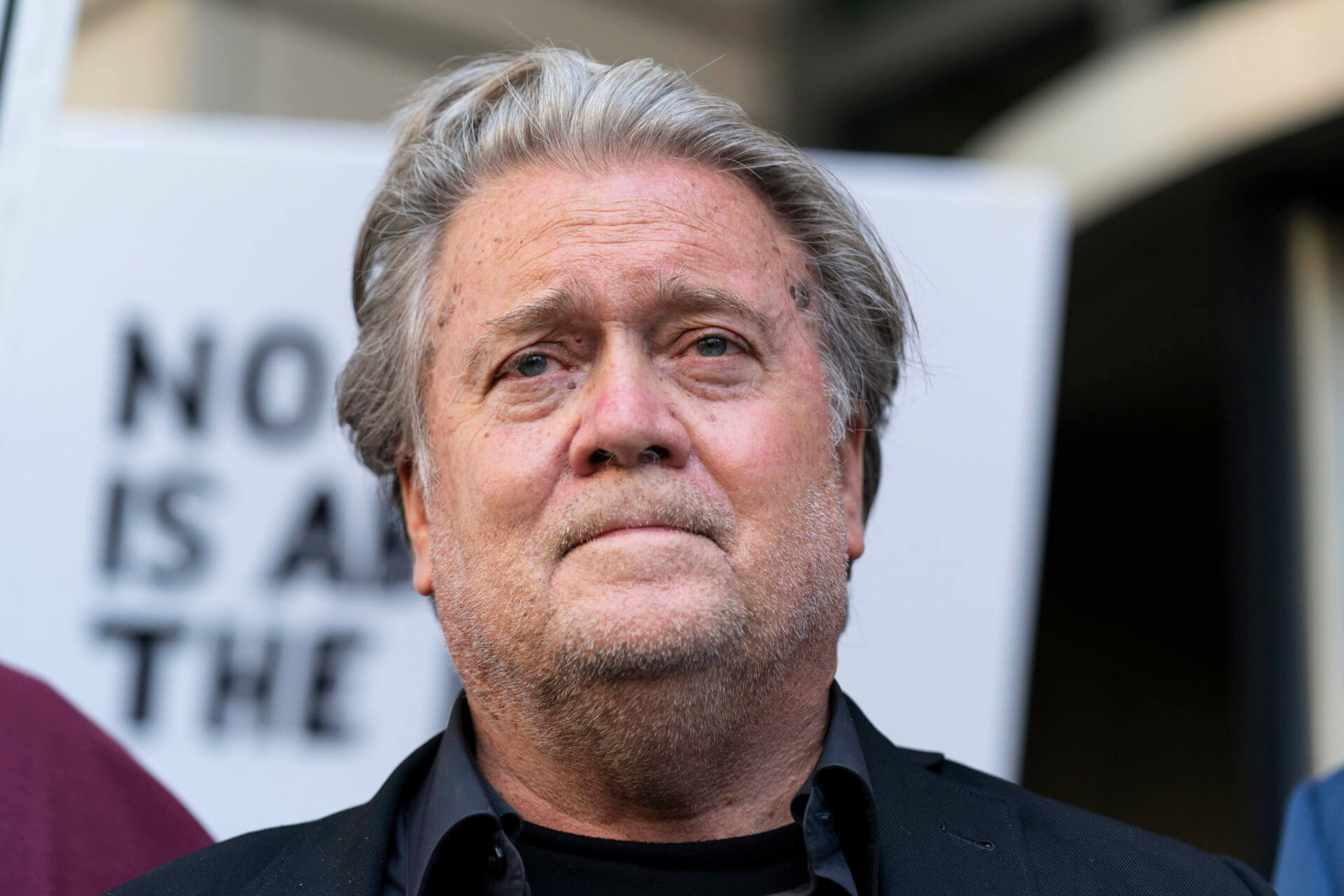 File - Steve Bannon, a longtime ally of former President Donald Trump, departs federal court, July 22, 2022, in Washington. Bannon is scheduled to be sentenced in federal court, after being convicted of defying a subpoena from the House panel investigating the Jan. 6 insurrection at the U.S. Capitol. (AP Photo/Alex Brandon, File)
MORE NEWS