Bannon, 68, was released without bail after his arraignment on charges including money laundering, conspiracy and fraud related to the “We Build the Wall” campaign. He is the second person pardoned by Trump and later charged by the Manhattan district attorney’s office for the same alleged conduct. 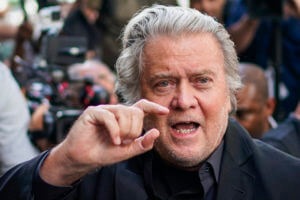 “It’s all nonsense. They will never shut me up,” Bannon said as he left court.

Manhattan prosecutors say that while Bannon promised all donations would go to building the wall, he was involved in transferring hundreds of thousands of dollars to third-party entities and used them to funnel payments to two other people involved in the scheme.

The indictment didn’t identify those people by name, but the details match those of Brian Kolfage and Andrew Badolato, who pleaded guilty to federal charges in April.

Manhattan District Attorney Alvin Bragg said that after Bannon was pardoned, Manhattan prosecutors decided they had to hold him accountable because the alleged scheme ripped off hundreds of Manhattan residents.

“The simple truth is: It is a crime to profit off the backs of donors by making false pretenses,” Bragg said at a news conference. 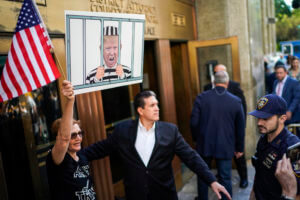 Bannon’s New York charges stem from the same alleged conduct as an attempted federal prosecution that ended abruptly, before trial, when Trump pardoned Bannon on his last day in office. Manhattan prosecutors also charged WeBuildTheWall, Inc., the nonprofit entity that Bannon and his former co-defendants used to solicit donations. The company pleaded not guilty Thursday.

Like Bannon, Kurson was pardoned early in his federal case, before acquittal or conviction, negating any double jeopardy argument.

Arriving at the Manhattan district attorney’s office shortly after 9 a.m. Thursday, Bannon said it was “an irony” that New York City’s mayor has been objecting to busloads of migrants sent to the city from Texas while prosecutors “are persecuting people here, that try to stop them at the border.” 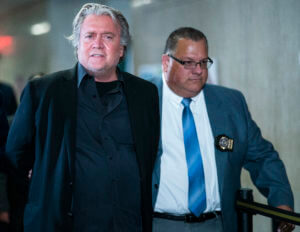 Earlier, Bannon accused Bragg of pursuing “phony charges” against him, saying the Democratic prosecutor targeted him ahead of November’s midterm elections because he and his radio show are popular among Trump’s Republican supporters.

Bannon, in a statement Tuesday, said federal prosecutors “did the exact same thing in August 2020 to try to take me out of the election,” referring to his arrest months before Trump’s reelection loss. “This is nothing more than a partisan political weaponization of the criminal justice system.”

But New York Attorney General Letitia James, whose office worked with Manhattan prosecutors on the case, said it was about holding “powerful political interests” to account.

“They think they are above the law. And the most egregious of them take advantage of hardworking Americans in the process. Steve Bannon stands out as a perfect example of this blatant inequality,” said James, a Democrat.

In 2020, federal agents pulled Bannon from a luxury yacht off the Connecticut coast and arrested him on charges he pocketed more than $1 million in donations to the wall-building effort. In all, more than $25 million was raised, prosecutors said.

In that case, federal prosecutors alleged Bannon and his co-defendants capitalized on public fervor over border security — a pillar of Trump’s presidential campaign — and tricked thousands of people into thinking 100% of their donations would go to building a wall along the 1,933-mile (3,110-kilometer) U.S.-Mexico line.

Instead, according to federal prosecutors, Bannon used some of the money to pay personal expenses for himself and a secret salary to Kolfage, a “We Build the Wall” co-founder.

“All the money you give goes to building the wall,” Bannon told donors at a June 2019 fundraising event, according to the New York indictment unsealed Thursday. Kolfage, who is not charged in the state case, repeatedly pledged: “I won’t take a penny from these donations, not a penny,” the indictment said.

Bannon, who had pleaded not guilty to the federal charges, was dropped from the federal case when Trump pardoned him.

Kolfage, a U.S. Air Force veteran who lost both legs in a mortar attack in Iraq, and Badolato, a Florida financier, had been scheduled to be sentenced this week, but that was recently postponed to December. A third defendant’s trial ended in a mistrial in June after jurors said they could not reach a unanimous verdict.

In another case not covered by Trump’s pardon, Bannon was convicted in July on contempt charges for defying a congressional subpoena from the House committee investigating the Jan. 6 insurrection at the U.S. Capitol. He is scheduled to be sentenced in October and faces up to two years in federal prison.

A voice of nationalist, outsider conservatism, Bannon led the conservative Breitbart News before becoming chief executive officer of Trump’s 2016 campaign in its critical final months. As the president’s chief strategist, he was at the forefront of many of the administration’s most contentious policies, including its travel ban on several majority-Muslim countries, but was pushed out after less than a year. 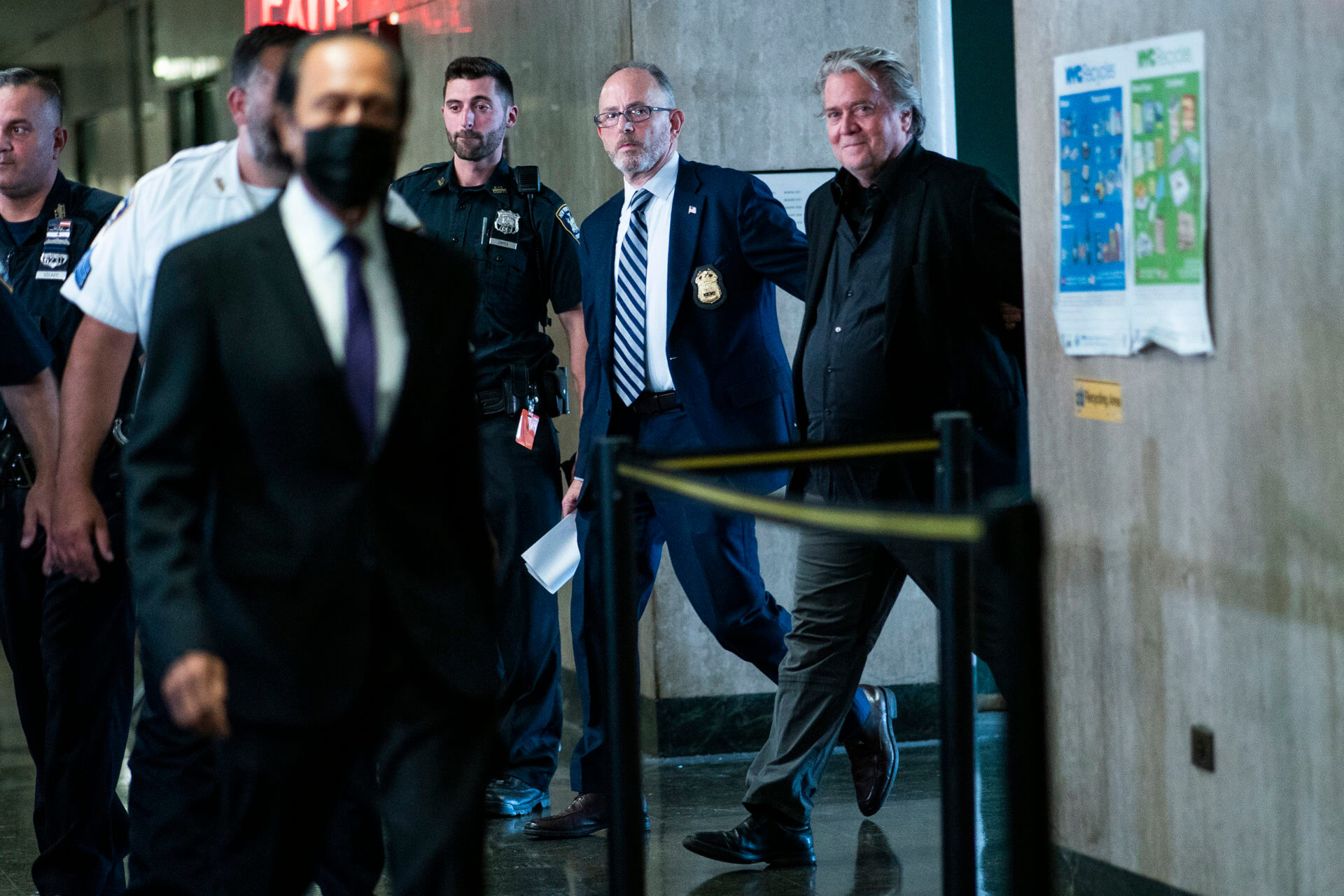