LOS ANGELES (AP) — Former reality TV star Blac Chyna testified Wednesday that all was joyful between her, her fiancé Rob Kardashian, and his famous family before the day five years ago when everything went awry.

Chyna was on the stand for a second day in her $100 million lawsuit against Kardashian’s mother Kris Jenner and his sisters Kim Kardashian, Khloe Kardashian and Kylie Jenner, who she alleges defamed her and ruined her TV career. All four watched her testify from the front row of the gallery in the Los Angeles courtroom. 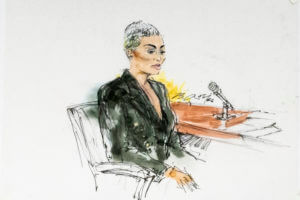 Chyna described the gleeful celebration she and Rob Kardashian had on Dec. 14, 2016, when they learned their “Keeping Up With the Kardashians” spinoff “Rob & Chyna” had been greenlit for a second season.

“It was exciting, we were throwing money and having fun, being silly,” Chyna said. Footage shot for the show of the money-throwing was shown in court.

Other moments from the day would later be a source of controversy when the relationship went sour.

She testified that she ripped Rob Kardashian’s shirt, “from us like playing and trying to not be sexy and take the shirt off, but just doing silly stuff with my fiancé.”

Later, he was playing video games when she wrapped a phone-charging cord around his neck, she said.

“I came up behind him, doing that jokingly,” she testified. “I just went like this to get his attention.” 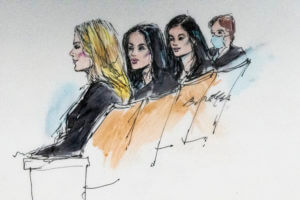 And at one point when he was on FaceTime with a friend, she picked up an unloaded gun that Rob Kardashian kept on his dresser, she said.
She said none of the moments were intended to do harm, and Rob Kardashian seemed to take them just as she meant them.

Chyna had just begun talking about the following day, Dec. 15, when the two would have a fight that would forever damage their relationship, leading to their show’s cancellation and the lawsuit, when the trial went on lunch break. She returns to the stand Wednesday afternoon.
___
Follow AP Entertainment Writer Andrew Dalton on Twitter: https://twitter.com/andyjamesdalton 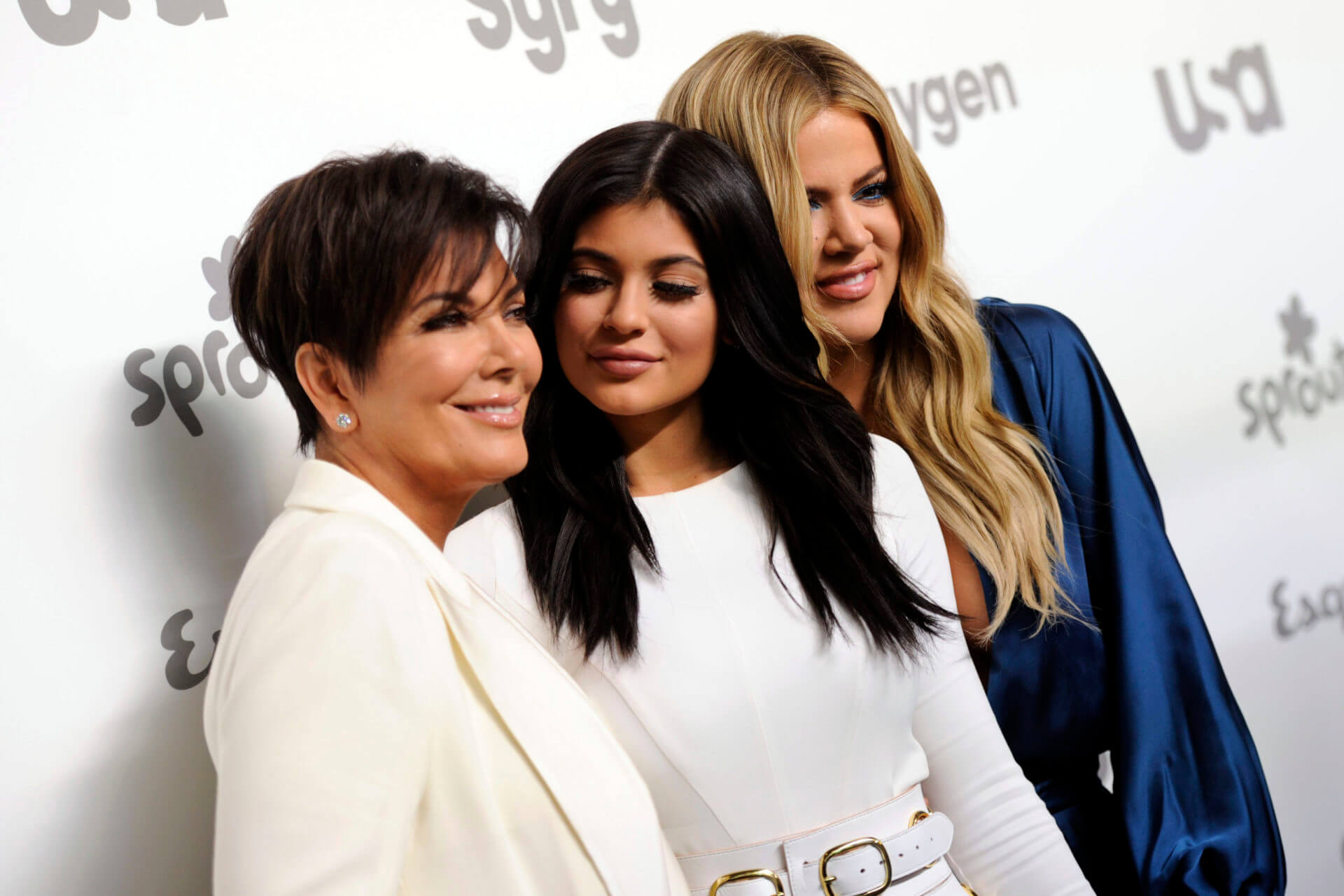 FILE - Television personalities Kris Jenner, from left, Kylie Jenner and Khloe Kardashian attend the NBCUniversal Cable Entertainment 2015 Upfront at The Javits Center on Thursday, May 14, 2015, in New York. On Monday, April 18, 2022, Kris and Kylie Jenner, along with Kim and Khloe Kardashian, sat in the front row of a Los Angeles courtroom as prospective jurors aired their feelings about the famous family and the four women, all defendants in a lawsuit brought by Rob Kardashian's former fiancée Blac Chyna. (Photo by Evan Agostini/Invision/AP, File)
MORE NEWS