OKLAHOMA CITY (AP) — The Oklahoma Pardon and Parole Board on Wednesday rejected a request to recommend clemency for a death row inmate who killed his girlfriend’s 3-year-old son in 1993. 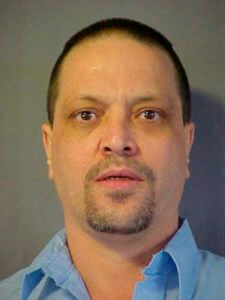 This undated photo provided by the Oklahoma Department of Corrections shows Richard Fairchild. The Oklahoma Pardon and Parole Board on Wednesday, Oct. 12, 2022 rejected a request to recommend clemency for death row inmate Richard Stephen Fairchild. The board turned down the request to recommend to Gov. Kevin Stitt that Fairchild be spared for the 1993 beating death of Adam Broomhall, his girlfriend’s 3-year-old son, in Del City. (Oklahoma Department of Corrections via AP)

The board turned down the request to recommend to Gov. Kevin Stitt that Richard Stephen Fairchild be spared for the beating death of Adam Broomhall in Del City. Fairchild, 62, is set to be executed on Nov. 17.

Defense attorney Emma Rolls argued that Fairchild was abused as a child, suffers from mental illness, and is remorseful for his actions.

“As Richard Fairchild’s brain has deteriorated, he has descended into psychosis,” Rolls said in a statement.

“Mr. Fairchild is now suffering from the effects of major mental illness, namely schizoaffective disorder, leaving him tortured with continued delusions,” Rolls said. “Yet despite having lost touch with reality, Richard remains remorseful for his crime and continues to have an unblemished prison record.”

Oklahoma Attorney General John O’Connor said in a statement that the board made the correct decision.

“Fairchild, brutally tortured (the child) to death on Nov. 13, 1995, for wetting the bed,” O’Connor said. “Fairchild … beat, burned, and threw Adam into the side of a table, silencing his cries forever.”