SILVER SPRING, Md. (WMAR) — A man accused of killing a gas station attendant in Maryland was also discovered to have the decomposed body of an 8-month-pregnant woman in his apartment, police say.

Montgomery County Police were executing a search warrant on the home of Torrey Moore, 31, for the murder of the Shell Station employee when they made a grisly discovery. 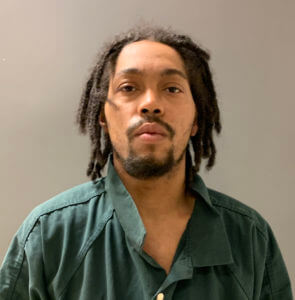 It began at about 3:03 p.m. Thursday, when Moore allegedly shot and killed Ayalew Wondimu, 61, inside a Shell gas station on New Hampshire Avenue in Silver Spring.

Investigators believe the suspect and victim got into a fight for unknown reasons, after Moore entered the store, selected merchandise, and approached the counter. Moore then allegedly took out a gun from his vest and shot Wondimu multiple times.

Police executed a search warrant at the Enclave Apartments across the street from the gas station.

They found a severely decomposed body in the apartment. Moore told detectives he was in a relationship with that victim, and also said she was 8 months pregnant at the time of her death.

The victim’s body has been taken to the Chief Medical Examiner’s for an autopsy.

Moore, who was found inside his apartment, is charged with first-degree murder and possessing a gun while committing a felony. More charges may be pending.

Anyone with information on the investigation should call the Major Crimes Division at 240-773-5070 or contact Crime Solvers of Montgomery County toll-free at 1-866-411-TIPS (8477). Callers can remain anonymous.

This story was originally published Dec. 9 by WMAR in Baltimore, an E.W. Scripps Company.