A boy found dead inside a suitcase last spring in rural southern Indiana has been identified as a 5-year-old from Georgia, and police said Wednesday that the child’s mother and another woman are suspects in his death.

The boy was identified as Cairo Ammar Jordan of Atlanta, Georgia, said Sgt. Carey Huls of Indiana State Police, who said the youngster would have turned 6 this past Monday. He said Jordan had never been reported missing, slowing the monthslong investigation into the case. 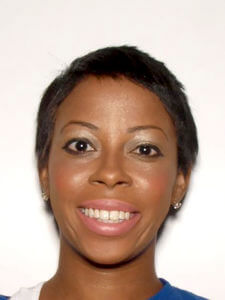 This Georgia DMV photo provided by the Indiana State Police shows Dejaune Ludie Anderson. A boy found dead inside a suitcase last spring in rural southern Indiana has been identified as a 5-year-old from Georgia, and police said Wednesday, Oct. 26, 2022, that the child’s mother and another woman are suspects in his death. (Georgia DMV/Indiana State Police via AP)

Huls said arrest warrants were issued on Oct. 14 for the boy’s mother, Dejaune Ludie Anderson, 37, of Atlanta, Georgia, and Dawn Elaine Coleman, 40, of Shreveport, Louisiana, charging both with neglect of a dependent resulting in death and obstruction of justice.

Coleman was arrested in San Francisco on Oct. 19, and Huls said that based on additional investigative work, a second arrest warrant on a murder charge was issued Tuesday for Anderson in her son’s death.

Huls said Anderson remains at large, and police are seeking the public’s help in finding her. He said Anderson has traveled to numerous locations, including Houston, Las Vegas, Los Angeles, San Diego and San Francisco since police began their investigation last spring after her son’s body was found.

Huls said “the physical evidence led to the suspects” in Jordan’s death.

“This whole case is about justice for Cairo. That’s all this case has ever been about,” Huls said at a news conference in Sellersburg, Indiana. “… Justice for everybody means bringing those responsible for his death before the public to stand trial.”

Jordan’s body was found on April 16 inside a hard suitcase emblazoned with a distinctive Las Vegas design that a mushroom hunter discovered in a heavily wooded area off of a dead-end road in southern Indiana’s Washington County, Huls said.

An autopsy found that the boy died from an electrolyte imbalance most likely due to gastroenteritis, or vomiting and diarrhea that led to dehydration, state police said in May. Investigators said the boy had died within a week prior to his body’s discovery.

He was buried in June at a Salem, Indiana, cemetery about 35 miles (55 kilometers) north of Louisville, Kentucky, after a memorial service where a police chaplain called the then-unidentified child an “unknown angel.” 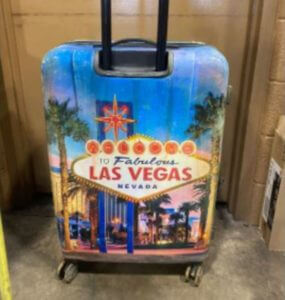 The body of a boy was found inside this suitcase in Washington County, Indiana back in April. (Indiana State Police)

According to a probable cause affidavit filed Oct. 14 seeking the arrest warrant against Coleman, investigators found both Coleman’s and Anderson’s fingerprints on black plastic bags the boy’s body had been placed inside within the suitcase.

The affidavit contains posts that Anderson allegedly made on her Facebook account, including posts on April 11 after she was released from jail in Louisville, Kentucky, on a shoplifting charge. In those posts, made using a vanity name, Anderson wrote: “Just got out of a jail mission” and “Yes had to do some healing and killing,” the affidavit states.

A series of earlier Facebook posts Anderson allegedly made discuss exorcism, spells and other supernatural topics, with one posted on Feb. 19 mentioning “a very powerful demonic force from within my son,” according to the affidavit.

Online court documents do not list an attorney who could speak on behalf of Coleman, who is expected to be transported to Indiana within about a month, Huls said.

Indiana’s online court records do not reflect a murder charge against Anderson, and it is unclear if she has an attorney who could speak on her behalf.

The Washington County Prosecutor’s office declined Wednesday to discuss the status of the murder charge against Anderson.

Huls said the prosecutor’s office obtained an arrest warrant on a murder charge for Anderson from a judge Tuesday based on an affidavit that would be released once Anderson is in custody.