SACRAMENTO, Calif. (AP) — A Northern California mother of two was sentenced Monday to 18 months in prison for faking her own kidnapping so she could go back to a former boyfriend, which led to a three-week, multi-state search before she resurfaced on Thanksgiving Day in 2016.

Sherri Papini, 40, pleaded guilty last spring to staging the abduction and lying to the FBI about it. As part of a plea bargain, she is required to pay more than $300,000 in restitution.

Probation officers and Papini’s attorney had recommended that she spend a month in custody and seven months in supervised home detention, while prosecutors wanted her to serve the eight months behind bars. But Senior U.S. District Judge William Shubb said he opted for an 18-month sentence in order to deter others.

The judge said he considered the seriousness of the offense and “the sheer number of people who were impacted.” They included law enforcement officers who searched for her, the community that believed her for four years, those who lived in fear because of her fake story of being abducted by two Hispanic women, and the Latino community that was falsely viewed with suspicion. 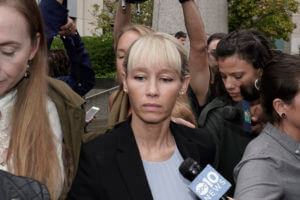 Sherri Papini leaves the federal courthouse after Federal Judge William Shubb sentenced her to 18 months in federal prison, in Sacramento, Calif., Monday, Sept. 19, 2022. Federal prosecutors had asked that she be sentenced to eight months in prison for faking her own kidnapping in 2016. (AP Photo/Rich Pedroncelli)

“The nation is watching,” Shubb said, paraphrasing prosecutors’ argument in a court filing. “They need to be sent the right message. …We have to make sure crime doesn’t pay.”

Papini quietly answered, “Yes, sir,” when the judge asked if she understood the sentence. Previously, she choked back tears as she gave a statement to the court accepting responsibility and admitting her guilt.

She didn’t speak to reporters as she was surrounded by more than a dozen supporters outside the courtroom, some of whom hugged her tightly. They included her husband’s sister, with whom she has been living she split with her husband, who filed for divorce and sought custody of their children after she pleaded guilty.

Speaking briefly outside of the courthouse after the hearing, defense attorney William Portanova called it “a fair sentence, even though it’s longer than we wished.”

His client was ordered to report to federal prison on Nov. 8. Shubb ordered her to serve 36 months of supervision after her release, a year longer than probation officers had sought. The twin charges carried a maximum possible sentence of 25 years in prison.

“Obviously the court did what it thought was right, and frankly it’s difficult to argue with the justice of the sentence,” Portanova said. “I’m not really surprised because I understand the court’s analysis. … To the extent the judge wanted to underline the wrongness of her actions and tattoo it further on her soul, he accomplished that for sure.”

Papini has never given a rational explanation for her behavior, which included months of careful planning before she disappeared and temporarily abandoned her children, who are most precious to her, Portanova said. Her actions stumped even independent mental health experts who said they didn’t conform with any typical diagnosis.

Portanova blamed it on “what sounds like a fierce storm that was going on for a long time inside her head” but said she is now a changed woman.

Papini offered no explanation during her brief, tearful comments to the judge before she was sentenced.

“I’m so sorry to the many people who have suffered because of me,” she said.

But both the judge and Assistant U.S. Attorney Veronica Alegria said her comments were simply more manipulation.

“At this point she would say and do anything to mitigate her punishment,” Alegria told Shubb. “This case is serious and there have been very real harms to society.”

“There was a community that lived in fear. … Miss Papini took money from real victims,” Alegria said. “Victims of crimes may not believe they will be believed by law enforcement because of this hoax.”

Shubb said Papini’s case “is unique, to say the least,” with little precedent to guide him on sentencing.

“Miss Papini is a manipulator,” Shubb said. “It’s not as if Miss Papini has seen the error of her ways….If she had not been caught, she’d still be living the lie.”

Portanova said in a pre-sentence court filing that Papini was “in pursuit of a non-sensical fantasy” when she fled to a former boyfriend in Southern California, nearly 600 miles (966 kilometers) south of her home in Redding. He dropped her off along Interstate 5 about 150 miles (240 kilometers) from her home after she said she wanted to go home.

Passersby found her with bindings on her body, a swollen nose, a blurred “brand” on her right shoulder, bruises and rashes across her body, ligature marks on her wrists and ankles, and burns on her left forearm. All of the injuries were self-inflicted and were designed to substantiate her story.

The wounds were a manifestation of her “unsettled masochism” and “self-inflicted penance,” Portanova wrote. And once she began, “each lie demanded another lie.”

After her arrest in March, Papini received more than $30,000 worth of psychiatric care for anxiety, depression and post-traumatic stress disorder. She billed the state’s victim compensation fund for the treatment and was ordered to pay it back as part of her restitution.

As part of the plea agreement, she has agreed to reimburse law enforcement agencies more than $150,000 for the costs of the search for her and her nonexistent kidnappers, and repay the $128,000 she received in disability payments since her return.

But Shubb said she is unlikely to ever be able to repay the money “unless she wins the lottery.” 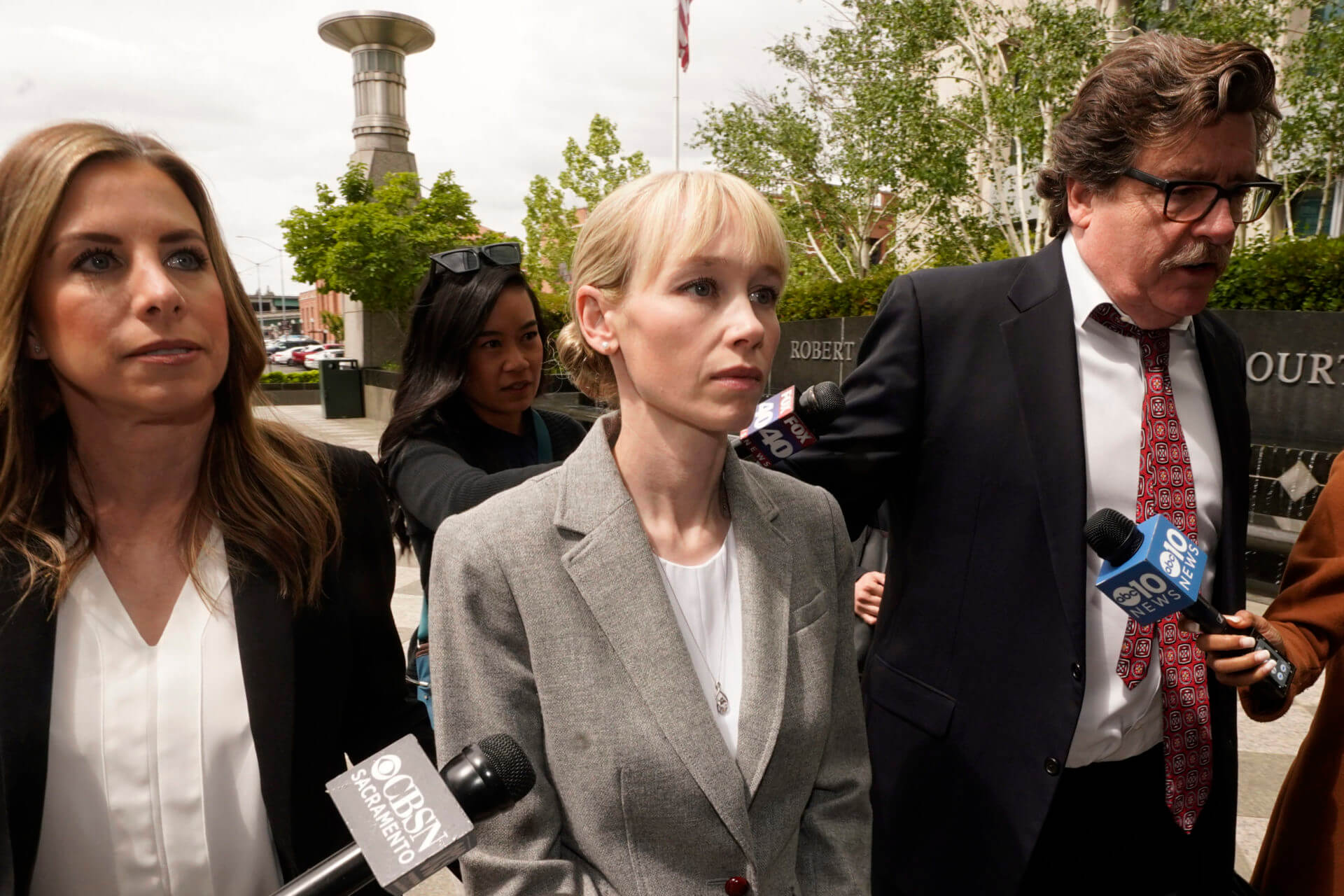 FILE - Sherri Papini of Redding walks to the federal courthouse accompanied by her attorney, William Portanova, right, in Sacramento, Calif., Wednesday, April 13, 2022. Papini is scheduled to appear in federal court, Monday, Sept. 19, 2022, where prosecutors are asking that she be sentenced to eight months in prison for faking her own kidnapping in 2016. (AP Photo/Rich Pedroncelli, File)
MORE NEWS

Deadly Wisconsin Parade Crash: Defendant to Proceed as His Own Attorney

Bail Reform Is Picking Up Across Counties Nationwide