TORONTO (AP) — A 73-year old man who had a long-running dispute with his condo board in a suburb above Toronto killed five people, including three board members, after he claimed in court and on social media that the building’s electrical room was making him sick. 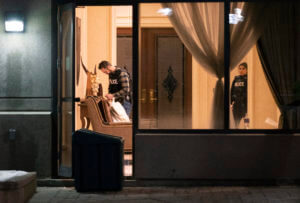 Police stand in the lobby of a condominium building following a shooting in Vaughan, Ontario, Sunday, Dec. 18, 2022. Authorities said multiple people were shot and killed in a unit of the building in the Toronto suburb and the gunman was killed by police. (Arlyn McAdorey/The Canadian Press via AP)

Chief James MacSween of the York Regional Police identified the suspect in Sunday night’s attack in Vaughan, Ontario, as Francesco Villi. He said at a news conference Monday that Villi fatally shot three men and two women and wounded a 66-year-old woman, who is hospitalized and expected to survive.

“Three victims were members of the condominium board,” he said.

Police said officers were called to an active shooting at the building at around 7:20 p.m. Sunday, and that an officer fatally shot Villi inside the building, where Villi and the victims lived.

Villi long claimed vibrations and emissions from the building’s electrical room were making him sick, and that board members and the building’s developer were to blame, court documents show.

MacSween said police are still investigating the motive for the attack, which occurred at three separate units in the building.

Special Investigation Unit spokesperson Kristy Denette said police found the victims on different floors. She said Villi had a semiautomatic handgun and that investigators don’t believe he exchanged fire with the officer who killed him.

On Sunday and in the days leading up to the attack, Villi posted rambling videos on Facebook in which he talked about having a legal dispute with the condo board.

In the videos, he claimed to have health problems caused by the building’s electrical room. The posts include recordings of phone conversations he had with lawyers about his case. In one video he posted Sunday, the lawyer for the building noted that the condo corporation had asked him to sell his unit and move out.

“This tragedy is driving me insane. I’m ill anyways,” he said. 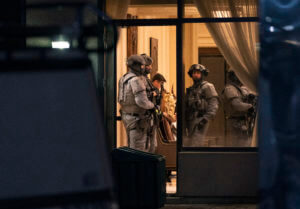 York Regional Police tactical officers stand in the lobby of a condominium building in Vaughan, Ontario, Sunday, Dec. 18, 2022. Police said multiple people are dead, including the suspect, after a shooting in a unit of the building. (Arlyn McAdorey/The Canadian Press via AP)

The lawyer noted there was an online court hearing in his case scheduled for Monday and that he needed to go to the condo management office, where the manager would help him log in.

Villi claimed during the call that he was not prepared to present his case at the hearing. He also asked what the board wanted from him, to which the lawyer said it needed him to stop harassing and shouting at people, and to pay the condo corporation’s legal fees. She noted that the case had dragged on for years.

“Can I die in peace? (It’s been) seven years of torture,” Villi said.

In one video, he said: “They want me dead. You can take this body but never this soul. .. I am ready to die.”

Villi had filed a lawsuit against six directors and officers of the board in 2020 alleging that they “committed acts of crime and criminality from 2010 onwards.”

He also accused them of deliberately causing him five years of “torment” and “torture” related to issues he had with the electrical room below his unit, court documents show. Justice Joseph Di Luca tossed the lawsuit this summer, calling it “frivolous” and “vexatious.”

According to court documents, the board sought a restraining order in 2018 against Villi for his “allegedly threatening, abusive, intimidating and harassing behavior” toward the board, property management, workers and residents.

Resident John Santoro said Monday that he knew Villi had a firearms acquisitions certificate but that he didn’t know if Villi actually owned a gun. He said he also knew about Villi’s issues with the condo board.

“I know the history and I know the man. I know the board of directors. I know this has been brewing for a long time. And I’ve commented to my wife several times that this is going to end very badly,” Santoro said. 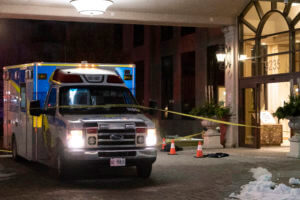 An ambulance is parked outside the lobby of a condominium building following a fatal shooting in Vaughn, Ontario, on Sunday, Dec 18, 2022. Police said multiple people are dead, including the suspect, after a shooting in a unit of the building. (Arlyn McAdorey/The Canadian Press via AP)

Santoro, a former board member, said the condo corporation had put pads on the electric room equipment so that when it vibrated it wasn’t directly on the concrete.

“He wasn’t a monster,” Santoro said. “He was very religious and very giving. I just think he got caught up in a situation that ended up very badly for everybody.”

Mass shootings are rare in Canada, and Toronto has long prided itself as being one of the world’s safest big cities. Vaughan is just north of Toronto.

Canadians are nervous about anything that might indicate they are moving closer to the gun violence situation in the U.S., where mass shootings are common.

“Everybody is horrified,” Vaughan Mayor Steven Del Duca said. “To wake up to this news this morning or see it last night, we are in absolute shock. … This is something I never thought I would see here.”

This story was first published on Dec. 19. It was updated on Dec. 20 to correct the spelling of the alleged attacker’s last name. His name was Francesco Villi, not Velli. 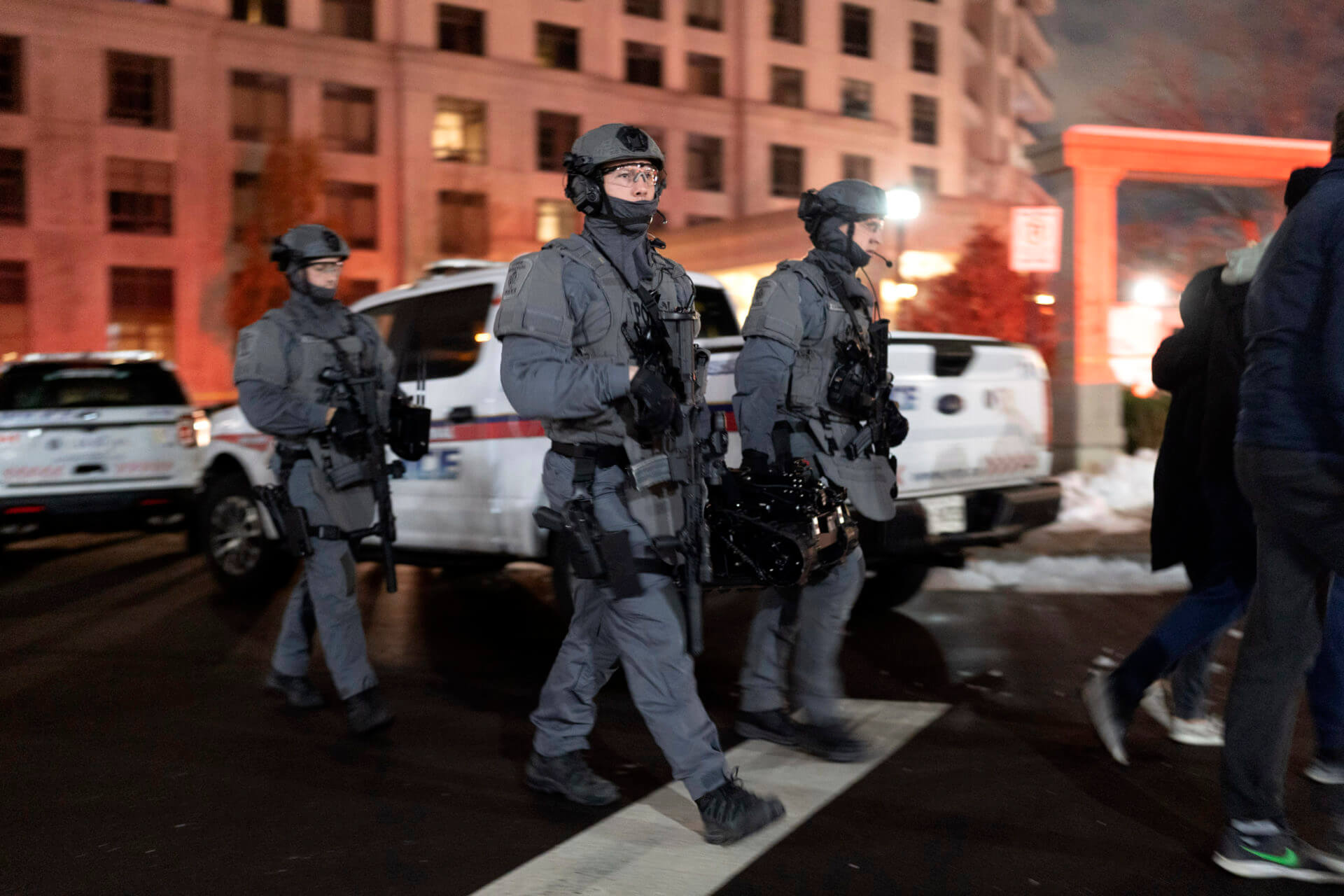 York Regional Police tactical officers work the scene of a fatal shooting in Vaughan, Ontario Sunday, Dec. 18, 2022. Authorities said multiple people were shot and killed in a condominium unit in the Toronto suburb and the gunman was killed by police. (Arlyn McAdorey/The Canadian Press via AP)
MORE NEWS