ROGERSVILLE, Tenn. (WTVF) — There’s been a change in the effort to locate a missing five-year-old girl. Plus, there’s a possible new lead that could help explain what happened to Summer Wells. This all comes as there’s a shift in strategy now focusing on the possibility of foul play.

After nearly two weeks, search crews have found no trace of the little girl.

Aerial views taken by WTVF of the family home on Ben Hill Road in Rogersville show that woods literally surround the home.

It’s very rough terrain — full of venomous snakes, briar patches and even an occasional bear. Plus, it’s been very hot.

The only thing they’ve found is exhaustion.

“I’ve had guys come up and tell me, ‘captain, I’ll go to the end, but I’m tired and I am physically and mentally tired,” said Tim Coup, the incident commander.

Coup said crews are “scaling back search operations” to focus on more specialized searches. This comes as more attention goes to the possibility Summer was the victim of foul play. 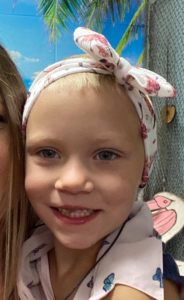 However, no one is giving up on the search.

“We are all one team, and we will not quit until we find Summer Wells,” said Coup.

Summer was said to be planting flowers outside the home next to a camper when she went inside to play and then vanished.

There are more than 40 registered sex offenders living in the family’s zip code. And the TBI now hopes to find the driver of a pick-up seen in the area when Summer disappeared: A maroon or red Toyota Tacoma.

The person is not a suspect, but a potential witness who may have heard or seen something that could help. Any solid lead will help.

With no trace of Summer found, it appears less likely she wandered off and more likely she is the victim of foul play. No suspects have been announced yet, but authorities consider everyone a person of interest.

It’s worth noting: The FBI has now called in its Child Abduction Rapid Deployment Team. The CARD teams involves experts in intelligence analysis and profiling in criminal cases against children.

Any with information about Summer Wells should call 911 or the TBI at 1-800-TBI-FIND.

This story was originally published June 28, 2021, by WTVF in Nashville.