BISMARCK, N.D. (AP) — A North Dakota man has been charged with attempted murder for allegedly trying to kill his girlfriend with a modified yo-yo string that he thought could be used to sever a human head.

According to the charges, the woman told police that the 32-year-old Bismarck man modified the yo-yo string to be used as a garotte because he believed the string could sever a human head. A garotte is a wire, cord or apparatus used to strangle someone. 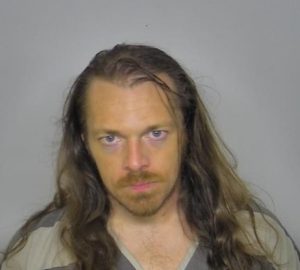 A police affidavit says the woman was driving the man to the Bismarck Police Department on Tuesday so he could turn himself in on outstanding warrants when he repeatedly kicked the dash and the windshield and threatened to kill her. The woman ran a stoplight to get to the station quickly, the Bismarck Tribune reported.

The man then wrapped the yo-yo string around the woman’s neck as she pulled into the parking lot, the affidavit says. But the string broke and she was able to get out of the car and get inside the station. The man drove away and was found Tuesday afternoon as he was riding a minibike. He ignored police commands to stop, and told police he had to get to the Capitol. He was arrested on Capitol grounds.

In addition to attempted murder, the man is also charged with felony aggravated assault, terrorizing and fleeing police. He also faces misdemeanors for driving under suspension and attempting to give false information to law enforcement. Court documents do not list an attorney for him.