KNOXVILLE, Tenn. (Court TV) — A man convicted of encouraging a young woman to end her life for his viewing pleasure was handed the highest possible sentence today.

Due to sentencing guidelines as well as the fact that Berkebile has no criminal history, the maximum allowable prison sentence is two years. Berkebile is eligible for what’s known as determinate release, and he is entitled to credit for time served. This means he’ll be released after serving seven months plus six days, less 91 days.

Hayden Berkebile and Grace Ann Sparks’ relationship was detailed during Berkebile’s trial back in May. Sparks was just 19-years-old when she died. Berkebile, who’s now 29, was seven years her senior.

The pair had been in a hyper-intense long-distance online relationship since Sparks was between 11 and 13-years-old. Over time, the relationship became sexual, and Berkebile exhibited dominance over Sparks. 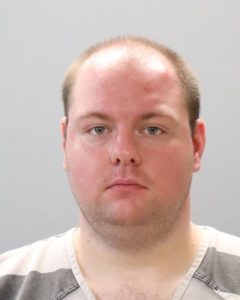 When Berkebile called 911 to report that Sparks had shot herself, he was at his Indiana home and Sparks was at her home in Tennessee.

According to the Knox District Attorney General, on September 29, 2019, Berkebile and Sparks were video chatting when Berkebile convinced her to place a bullet into the cylinder of a .357 revolver during a game of Russian roulette in which he knew exactly where the bullet was located and she did not. Berkebile egged her on as she put the gun to her head and pulled the trigger.

Berkebile’s defense team insisted that interactions between the pair were a form of roleplay between two damaged people — and that it was Sparks’ own depression that led her to take her life.

In the end, those arguments didn’t hold up. Berkbile was found guilty of criminally negligent homicide.

If you or someone you know is struggling, help is available. Call the National Suicide Prevention Lifeline at 1-800-273-8255.