DENVER (KMGH) — A man accused of murder in connection with his mother’s death in a Castle Rock house fire was arrested in Florida early Tuesday morning.

Police arrested Matthew Buchanan, 32, at a gas station in Plantation Key in Monroe County, Florida around 3 a.m. Monday, according to the Monroe County Sheriff’s Offfice. 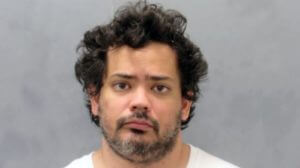 The Castle Rock Police Department issued an arrest warrant for Buchanan Friday following a house fire and the discovery of his mother’s body, 59-year-old Elizabeth Bjorlow, on Tuesday near the intersection of Dove Valley Place and Paint Pony Circle in the Terrain neighborhood.

“I’m so proud of our team for their diligent and quick work, and we hope this arrest brings some relief to our community,” Castle Rock Police Chief Jack Cauley said in a release. “We are grateful to the many agencies who assisted us in locating this wanted person.”

The fire was reported around 2:34 p.m. Tuesday. The fire was contained by 2:48 p.m. The extent of the damage to the home is unknown. One other person was injured in the fire.

An autopsy has been completed but the cause and manner of death are being withheld until the completion of the investigation, police said in a news release.

According to Douglas County court records obtained by Denver7, Bjorlow was granted last year a permanent protection order from Buchanan.

She also had a protection order in place against another man, which was granted in 2004. Court records show that the 60-year-old man listed in the order was once married to the victim and shares the same last name as the suspect.

This story was originally published May 3, 2022, by KMGH in Denver, an E.W. Scripps Company.