Kevin Thomas Ryan, 43, was arrested Saturday, according to a statement from the Larimer County Sheriff’s Office released Wednesday. 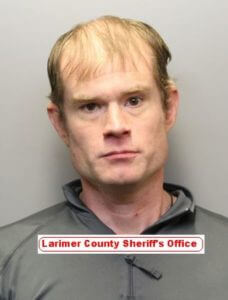 His Estes Park home was also searched. Details of what was found were not released.

Investigators also learned that Ryan had sexual contact with a minor and believe there may be additional victims, the sheriff’s office statement said.

The sheriff’s office said that Ryan has been under investigation since September of last year following a tip from the Colorado office of the Internet Crimes Against Children Task Force.

The tip originated from the National Center for Missing and Exploited Children and indicated illegal images had been downloaded using an IP address at Ryan’s home, according to the sheriff’s office.

Anyone with information regarding this investigation is asked to contact Investigator Justin Atwood at 970-498-5143 or Crime Stoppers at 970-221-6868.

This story was originally published Set. 7, 2022 by KMGH in Denver, an E.W. Scripps Company.