COLORADO SPRINGS, Colo. (KMGH) — A Colorado Springs man has been arrested on several child sex crime charges after allegedly kidnapping a young girl and raping her, and police believe there may be additional victims connected with the suspect.

Police arrested 47-year-old Wilbert Porter and charged him with sexual assault on a child, enticement of a child, and one misdemeanor count of contributing to the delinquency of a minor. 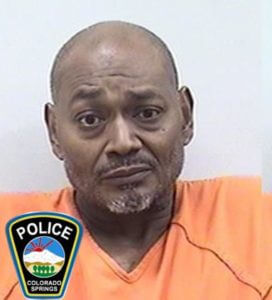 On Sept. 13, Porter allegedly approached a 13-year-old who was walking in Colorado Springs.

According to police, the victim came into the suspect’s vehicle and was driven to an apartment where police say the victim was sexually assaulted by Porter.

Porter was identified as the suspect during an investigation and was taken into custody on Sept. 30.

Investigators with CSPD believe there may be more victims.

Anyone with information about this case should contact the Colorado Springs Police Department at 719-444-7000.

He is the seventh man in Colorado over the last two weeks that has been arrested in connection with child-related sex crimes. Police are asking for your help to identify several victims of suspects in Aurora, Denver, Douglas County, Centennial, Boulder and Parker.

This story was originally published Oct. 3, 2022 by KMGH in Denver, an E.W. Scripps Company.