DOUGLAS COUNTY, Colo. – Colorado investigators are asking for the public’s help in identifying additional victims of a man accused of sexually assaulting children across the Denver metro region over the summer.

Joseph Spector, 44, is facing sexual assault charges in Denver following an investigation into a July 29 incident in which he allegedly forcibly fondled a child at Denver International Airport. 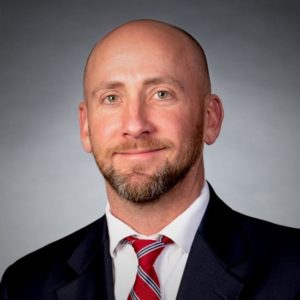 In Aurora, the police department there said he’s a suspect in a similar incident which reportedly took place at the children’s amusement center Lava Island on Sept. 6 at around 1 p.m. In that incident, Spector allegedly fondled a little girl, according to police. He is facing a sexual assault on a child (pattern) charge for that crime.

On Wednesday, Douglas County Sheriff’s deputies said they were actively seeking information related to two cases involving Spector, who lives in Highlands Ranch, for potential crimes against children in the county.

Anyone with information about either of these incidents or who wishes to report an incident involving Spector, is encouraged to call the police agency where the incident occurred. Those in Denver can call (720) 913-6040, while Aurora residents can call (303) 627-3100. In Douglas County, residents are encouraged to contact Corporal Sara Clay at sclay@dcsheriff.net.

This story was originally published Sept. 21, 2022 by KMGH in Denver, an E.W. Scripps Company.