COLORADO SPRINGS, CO (KOAA) — Thirty-eight-year-old Jordan Jago has been arrested in Colorado Springs for the human trafficking of a minor for sexual servitude and several other felony sexual offenses involving a minor.

Members of the Metro Vice, Narcotics and Intelligence Division made the arrest. 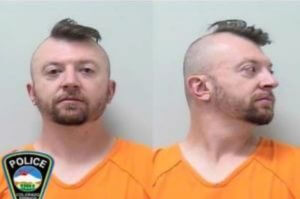 According to Colorado Springs Police Department, Jago contacted an undercover detective on social media that was assigned to MVNI and was posing as a 14-year-old girl.

Jago paid for the 14-year-old to travel from her alleged home city to his residence in Colorado Springs.

Police say in addition to human trafficking, Jago also intended to have intercourse with the teen when she came to his residence.

Human Trafficking of a minor for sexual servitude is a class two felony offense.

This story was originally published August 5, 2022 by KOAA in Colorado Springs, an E.W. Scripps Company.