CONIFER, Colo. (KMGH) — Deputies with the Jefferson County Sheriff’s Office arrested a man for the murder of his ex-girlfriend whose body was located near Conifer Tuesday, the sheriff’s office announced Wednesday.

Wayne Lotz, 58, was booked into the Jefferson County Jail early Tuesday morning on charges of first-degree murder, tampering with evidence and tampering with a deceased human body. 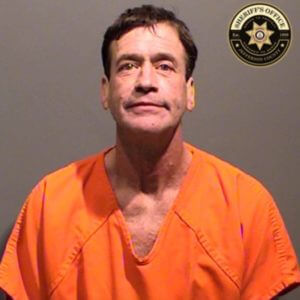 Lotz is accused of killing his ex-girlfriend Michele Scott, 55. Her cause of death has not been released.

Her body was discovered just before 2 p.m. Tuesday, near an intersection in Conifer, Colorado, according to the sheriff’s office.

The investigation began after worried neighbors contacted deputies Sunday night. They told deputies that Scott had not been seen in a couple of days and they requested a welfare check at her home.

Deputies found the home locked and dark with no one home.

On Monday, neighbors entered Scott’s home after receiving permission from family and found her dogs had not been cared for, which caused them concern, according to the sheriff’s office.

Investigators said they found evidence on the victim’s property linking Lotz to Scott’s disappearance and began following the suspect.

The sheriff’s office said Lotz was seen driving Scott’s vehicle and was arrested. He was allegedly in possession of her debit card at the time of his arrest.

The Jefferson County Sheriff’s Office said there is a history of domestic violence calls involving Scott and Lotz. The most recent call was on Feb. 7.

This story was originally published Feb. 17, 2022, by KMGH in Denver, an E.W. Scripps Company.