AURORA, Colo. (KMGH) — A Colorado man has been found guilty of murdering of his ex-girlfriend in 2018 and dumping her body at an abandoned truck stop in Las Animas County.

On Wednesday, a jury found Andrew Joseph Condon, 29, guilty of second-degree murder and other charges in connection with the death of 23-year-old LaBrea Jackson. 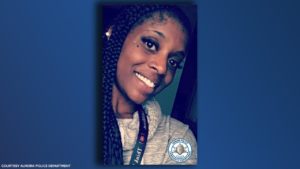 A couple days before Christmas Day in 2018, Jackson’s mother received a text from her daughter’s phone saying she was on her way to pick up Condon, whom Jackson was dating at the time. They were supposed to go to Jackson’s parents’ home in Westcliffe that evening but never showed up, according to the 18th Judicial District Attorney’s Office.

Her mother called the apartment complex on Dec. 24 where her daughter lived to check on her. A property manager opened the unit to find it bare of personal items.

The day after Christmas, Jackson’s mother called the Aurora Police Department to report her daughter missing, according to the district attorney’s office.

On Jan. 6, 2019, a body was found at an abandoned truck stop inside a storage container around exit 34 on Interstate 25 near the town of Aguilar in Las Animas County. Around 3:30 p.m. that day, a man had pulled into the truck stop and saw a body in a red plastic storage container, according to the district attorney’s office.

Two days later, the body was positively identified as Jackson.

Her missing persons case then transitioned into a homicide investigation.

Based on the subsequent investigation, authorities determined that Condon had strangled Jackson sometime between Dec. 21 and 23 — roughly two weeks after her body was found in the storage container — in her apartment along the 12700 block of E. Mississippi Avenue in Aurora.

When looking through cellphone data, investigators found that on Dec. 23, 2018, Jackson’s phone had pinged off a tower near the truck stop, then pinged off towers in Texas, where Condon had been pulled over twice by police for traffic infractions on Dec. 24. 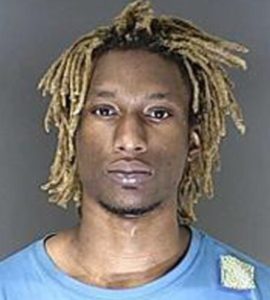 He was first stopped by Texas Highway Patrol troopers and was issued a citation for drug paraphernalia and was stopped later the same day by the Alvarado Police Department. In the latter exchange, he gave police a stolen Colorado ID and was taken into custody on multiple felonies out of Colorado, though none were related to Jackson’s murder, as her body had not yet been found. Alvarado police found Jackson’s cell phone on Condon, plus her debit card. He was also driving her car, according to the district attorney’s office.

Texas authorities relayed this information to Colorado detectives, according to the affidavit.

When detectives interviewed Condon in Texas, they showed him pictures of the storage container where Jackson’s body was found. Condon studied the pictures “very closely,” the affidavit said, and then dropped his shoulders and “appeared to become emotional, almost sad in appearance,” the affidavit said. Condon later told detectives “not guilty” and then said he would wait for his lawyer.

He was arrested in June 2019 in connection with the homicide.

Based on court records, he had a history of domestic violence cases that involved Jackson. She had made two recent allegations of domestic violence against Condon, according to his arrest affidavit, with both incidents involving Condon reportedly placing his hands around her throat. She told investigators that Condon threatened to hurt her if she contacted police, the affidavit said.

Condon was charged with the following:

After a five-day trial and two and a half days of deliberation, a jury found Condon guilty of the charges.

His sentencing hearing is scheduled for Nov. 10.

“This was a horrific act of domestic violence that robbed two children of their mother, parents of their daughter, and a community of a beloved member,” said Chief Deputy DA Andrew Steers. “This verdict is the first step towards justice.”

This story was originally published Aug. 4 by KMGH in Denver, an E.W. Scripps Company.