CLEAR CREEK COUNTY, Colo. (KMGH) — A Colorado man was sentenced to several years in prison after he was found guilty of sexually assaulting a 14-year-old who was working for him.

Bobby Lee Fox, 73, of Aurora was sentenced Monday to eight years to life in the Colorado Department of Corrections with mandatory five years parole. 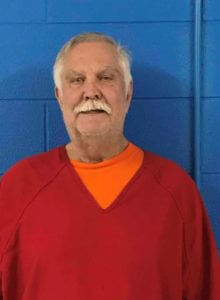 He was sentenced to eight years for the first count, and six years to run concurrently for the second count, with three years parole. According to the Fifth Judicial District Attorney’s Office, Fox assaulted and abused a then-14-year-old at a cabin near Idaho Springs, Colorado during the summer of 2018. Fox pleaded not guilty to the charges.

The charges stemmed from when the boy’s mother called the Clear Creek County Sheriff’s Office to report that her son was with a family friend at the cabin and had texted her that he was in distress because of Fox, according to the DA’s Office. The teenager had been working at the cabin for two days and told Fox his back hurt, and Fox offered to put some lotion on him and rub the boy’s back.

At some point, the boy fell asleep. When he woke up and went to the bathroom, he noticed lotion around his genitals, the DA’s Office said.

According to forensic tests from the Colorado Bureau of Investigation, Fox’s DNA was found on the teen’s underwear.

District Attorney Heidi McCollum said she hopes Fox’s lengthy prison sentence can bring some healing to the boy and his family.

“While there may be more Bobby Fox victims out there, my hope is you will come forward to law enforcement so we can ensure this man never hurts another child again,” she said.

This story was originally published Feb. 15, 2022 by KMGH-TV in Denver, an E.W. Scripps Company.