PUEBLO, Colo. (KOAA) — The Pueblo Police Department has arrested a woman who reportedly forced her 5-year-old son into the trunk of a vehicle. A bystander captured the alleged incident on camera.

The video was taken on the 1900 block of N. Norwood Avenue on August 4. 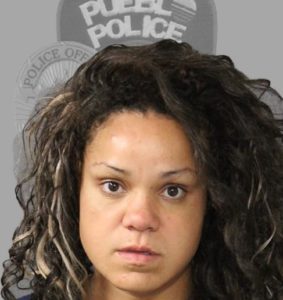 At around 5:30 p.m. on Thursday, police announced they had found the woman and her son. “Obviously, I think anybody who looks at that video would be concerned about the welfare of that little boy… We saw what we saw in the video, but we need to look at the whole thing, that’s why detectives are involved,” said Sgt. Franklyn Ortega of the Pueblo Police Department.

The woman was identified as 33-year-old Chelsea Trujillo. Trujillo was arrested for child abuse and a restraining order violation.

Those with the Pueblo Police Department said the young boy is physically alright, and in the care of DHS.

This story was originally published Aug. 6, 2021, by KOAA in Colorado Springs.