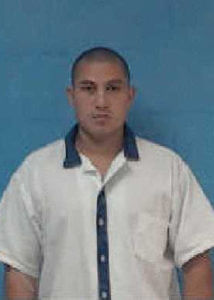 REIDSVILLE, Ga. (AP) — Georgia officials say they have captured an inmate who was mistakenly released from a state prison while serving a life sentence following a rape conviction.

The Georgia Department of Corrections said in a Tweet that authorities took Tony Maycon Munoz-Mendez into custody Wednesday night in Fort Thomas, Kentucky.

The department of corrections fugitive unit, the U.S. Marshals Service and U.S. Immigration and Customs Enforcement were involved in his capture.

Corrections officials did not say how they tracked the 31-year-old Munoz-Mendez to Kentucky, but promised more details as soon as they became available.

Munoz-Mendez was let out of Rogers State Prison in Reidsville on Friday.

According to prison records, he was convicted of rape and aggravated child molestation in Gwinnett County.