BALTIMORE (WMAR) — A man who pleaded guilty to the 2021 murder of a 69-year-old woman inside an East Baltimore church was sentenced to 50 years behind bars on Tuesday.

Prosecutors said Manzie Smith Jr. stabbed Evelyn Player to death inside the bathroom of Southern Baptist Church on November 16 of 2021. 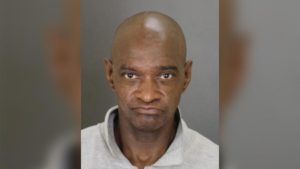 Player worked as a custodian at the church and reportedly showed up early that day to let construction workers inside the building.

When more workers arrived they noticed the chapel lights weren’t on, something Player usually did when she arrived. They later found Player’s belongings at the front desk before finding her stabbed 38 times inside a handicap bathroom.

Some samples were found to contain a mixture of Player and Smith’s DNA. The scene outside Southern Baptist Church in Baltimore where a 69-year-old woman was killed. (WMAR)

A review of church security footage showed an individual entering the church at 6:11 that morning and leaving minutes later.

Investigators discovered that Smith had pawned pieces of jewelry that belonged to Player two days after she was killed.

Baltimore Police Commissioner Michael Harrison said Smith had a long arrest record, including past rape and robbery convictions. He had just gotten off parole one month prior to the murder.

It’s not believed he and Player knew each other.

This story was originally published Jan. 16 by WMAR in Baltimore, an E.W. Scripps Company.