CINCINNATI (WCPO) — Juvenile court records indicate the parents of a 5-month-old who died in December have a lengthy history with Hamilton County Job and Family Services.

Shakayla Sams and Donte Farrier, both 19, are charged with the abuse of their 2-year-old and the death of their 5-month-old, Casey Sams. The 5-month-old was rushed to Cincinnati Children’s Dec. 22 after officers responded to the report of an unresponsive infant in the Villages at Roll Hill. A court complaint said the infant’s injuries had “occurred over the past several months” and the Hamilton County Coroner’s Office determined the cause of death to be a traumatic brain injury. 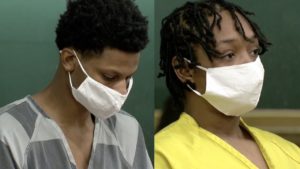 “This was not a case of neglect by parents too young to understand their responsibilities,” said Deters in a press release. “This was a case of active violence perpetrated on babies by two people, the same people who should be protecting them.”

Court records show JFS filed a motion to remove the 2-year-old from his mother’s care in October 2020. Yet, he remained with his mother under the agency and court’s supervision. That case was closed in April 2021.

The couple faces two counts of murder, three counts of child endangerment and three counts of felonious assault. If convicted of all charges, Sams and Farrier face maximum sentences of life in prison. They are scheduled to be in court again Jan. 13.

This story was originally published Jan. 6, 2022, by WCPO in Cincinnati, an E.W. Scripps Company.